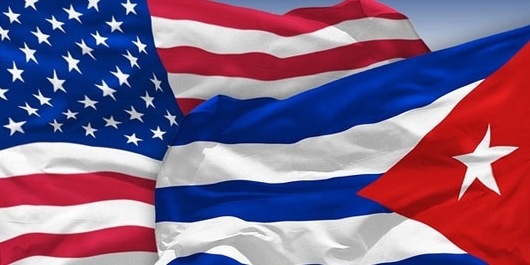 Iran’s foreign ministry spokesman has condemned in the strongest terms the United States’ move to put Cuba on its list of state sponsors of terrorism.

In a Tuesday statement, Saeed Khatibzadeh stressed Iran’s solidarity with the ideals of the Cuban government and nation in resisting the symbols of global hegemony.

“Like other baseless allegations raised by the US, the claim that Cuba has been working with Venezuela on terrorism stems from the Americans’ disgusting habit of levelling false accusations against their opponents,” he said.

“The officials of the failed Trump regime keep trying to fulfill their unfulfilled desires and take unilateral actions during their final days in power,” Khatibzadeh said.

Euphoric at their country’s exceptionalism, he added, the Trump administration has turned into a source of tension in the world and has done nothing but destroying international achievements and making the US more hated.

Khatibzadeh said the Trump administration’s officials have not even learned a lesson from their defeat in the recent US election and once again showed their unruly and chaotic nature in the recent US Capoitol incident.

“It is necessary to remind the terrorist US regime that Cuba, as an active member of the UN and a leading country in the fight against imperialism and global hegemony, and in line with its right to national sovereignty, is completely free to establish contacts with its neighbours in the Latin American region or other areas in the world and promote its cooperation levels, and no country, especially the United States, has the right to interfere in Cuba’s internal affairs or dictate to Cuba what country to establish or not to establish relations with,” the spokesman noted.

“We dismiss this move by the terrorist US regime and its political officials for its double standards on masterminds and perpetrators behind the assassination of General Soleimani as well as the US supporting and leading of operations by the ISIS terrorist group, and reiterates its determination and will to back and cement ties with Cuba,” he said.