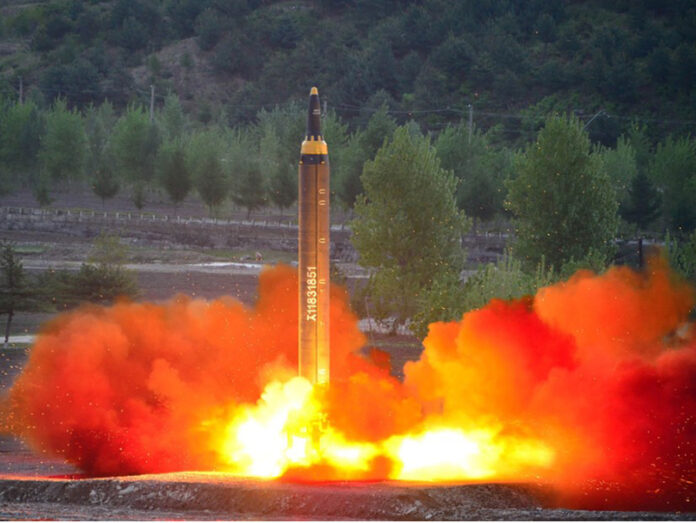 An Iranian lawmaker says Tehran is principally against any nuke test by any country, including North Korea, but Pyongyang’s test of nuclear weapons is a response to the US threatening behaviour in the Far East.

Iranian parliamentarian Morteza Saffari Natanzi says the Islamic Republic of Iran is principally against any test of nuclear weapons by any country in the world and thus it does not endorse North Korea’s nuclear tests.

“Based on a religions decree (Fatwa) by Iran’s Leader, Tehran is totally against any production of weapons of mass destruction,” he said In a Farsi interview with ICANA.

Iran is deeply concerned with the growing number of WMDs across the world, said Saffari Natanzi, who sits in the Parliament’s National Security and Foreign Policy Commission.

The Iranian lawmaker went on saying North Korea is hitting back at the US threats by conducting nuclear tests to create a secure margin for itself.

Saffari Natanzi added North Korea’s leader is trying to make it clear to the US President, Donald Trump, that Washington cannot do whatever it likes in the Far East and threaten North Korea with military attack.

“As we see, US missile systems in the Far East have not yet managed to detect North Korean missiles and this is a big defeat for Pentagon,” he said.

Saffari Natanzi said North Korea’s concerns about Trump’s aggressive policies are understandable and added the country will continue its nuclear tests as far as the US does not change its policies towards the Pyongyang.

He referred to the criticisms levelled by the European Union as well as the Democrat and Republican politicians in the US against Trump’s wired behaviours and said tensions in the Far East would finally lead to a new round of talks between Pyongyang and Washington mediated by Seoul, Tokyo and the UN Security Council but Trump’s behaviours only contribute to war.

The lawmaker also said the two sides have held talks and signed some agreements to tackle the problems in the past but the main issue is that the US has not remained committed to the agreements and “North Korea’s nuclear tests are just a defensive reaction to such behaviours.”

“The plight of insecurity and war in the Far East will engulf all the eastern Asian countries and the threat of war is imminent unless the two sides resume their political talks,” he added.

He concluded that security and safety will not be restored to the Far East unless the US puts an end to its threats against North Korea and sign a new nuclear deal with the country, in the same vein as the Joint Comprehensive Plan of Action (JCPOA) between Iran and the West.