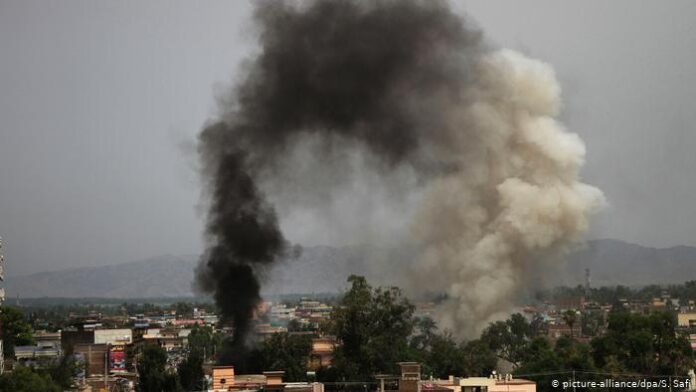 Spokesperson for the Ministry of Foreign Affairs of the Islamic Republic of Iran has condemned the terrorist attacks on a hospital in Kabul and a funeral service in Nangarhar that have killed dozens of civilians in a double tragedy for Afghanistan.

In a statement on Tuesday, Foreign Ministry Spokesman Seyyed Abbas Mousavi deplored the terrorist offensive on a hospital in Kabul, the attack on a funeral in Nangarhar, and the other military actions in various regions of Afghanistan, condemned the strikes on civilians and non-military sites, and voiced concern about the rise in violence in Afghanistan.

The Iranian spokesperson also expressed sympathy with the Afghan government and people, particularly with the families of victims of the recent attacks.

Mousavi finally called on all forces engaged in the military operations to cease the armed actions in honor of the holy month of Ramadan and prepare the ground for dialogue and sustainable peace in Afghanistan.

On Tuesday morning, gunmen attacked a hospital that houses a maternity clinic in Kabul, killing at least 16 people including two newborn babies.

In another terrorist attack in the morning, a suicide bomber killed at least 24 others at a funeral in Nangarhar province, eastern Afghanistan.