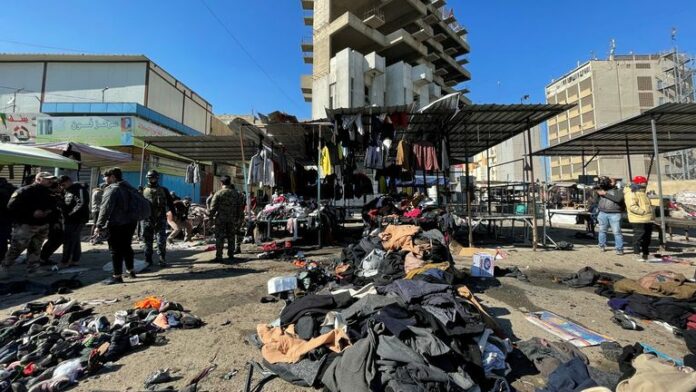 In a Thursday statement, Saeed Khatibzadeh condoled with the families of victims on behalf of the Iranian government and nation.

He further expressed condolences to the Iraqi government and people and wished a rapid recovery for those wounded in the terror act.

“Takfiri terrorism, which has taken a fresh breath, is targeting Iraq again and seeks to disrupt tranquility and stability in this country and create a pretext for continued presence of foreigners,” said the spokesman.

He reiterated Iran’s support for the Iraqi government as well as for stability in, and the integrity of that country.

He also said Tehran backs measures adopted by the Iraqi government and security agencies to establish security and apprehend and punish those who order and perpetrate [acts of terror] and to eradicate the roots of Takfiri ideology.

“As before, the Islamic Republic of Iran stands ready to offer Iraq whatever help and assistance in the fight against terrorism and extremism,” he said.

Twin suicide bombs rocked a busy market in central Baghdad on Thursday morning, killing at least 32 people and injuring 110 others, according to officials and state media.

Security forces say they pursued the two attackers before they blew themselves up. It was the first suicide attack to strike Baghdad in nearly two years.

The first bomber entered the marketplace and, pretending to be sick, asked for help, causing people to gather around him before he blew himself up, according to officials and state media.

The second bomber then drove to the scene on a motorbike before detonating his explosive vest.

ISIS has claimed responsibility for the twin attacks.