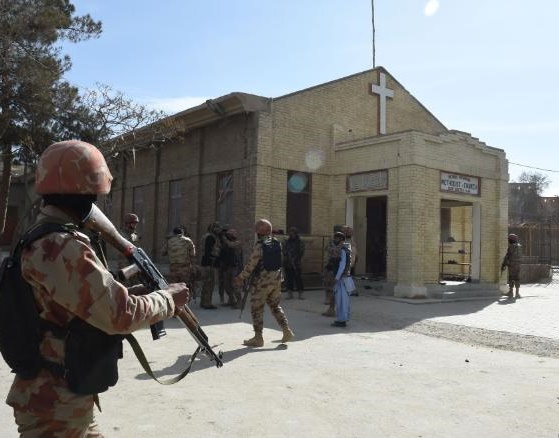 Iran’s Foreign Ministry Spokesman Bahram Qassemi has strongly denounced a recent terrorist attack on a church in the city of Quetta in Pakistan, dismissing it as a merciless and blind act against innocent people.

In a Monday statement, Qassemi expressed condolences to the Pakistani people and government over the tragedy and sympathized with the families of the victims of the attack.

“The remnants of the Takfiri-Zionist terrorists of ISIS, who have emerged in the Middle East through the backing of some regional and transregional countries and who have suffered definitive defeats in Syria and Iraq, have spread throughout the region and are killing and shedding the blood of innocent people with whatever religion and ideology in any corner of the world,” he noted.

“Having suffered a defeat, they seek to cause panic among the regional nations and undermine their unity by conducting sporadic, indiscriminate and blind terrorist attacks,” said the spokesman.

“Although the largest terrorist group in the world was busted to ill-wishers’ chagrin and with the steely resolve of the governments and nations in the region, their remnants continue to conduct such brutal acts in a bid to keep the terrorist ideology alive to perpetuate chaos and unrest in the region and in the world,” Qassemi added.