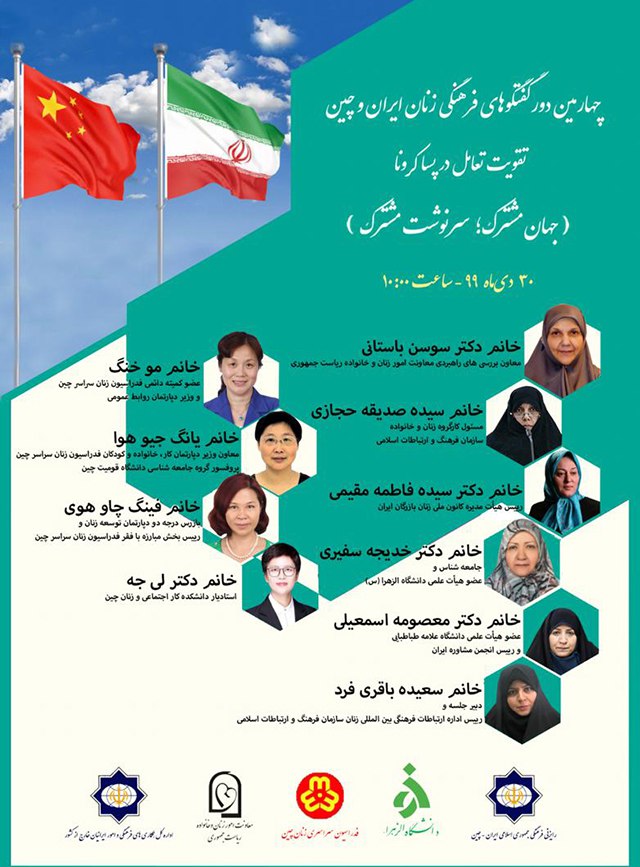 Female officials from Iran and China are going to hold the fourth session of cultural dialogue on Tuesday.

The new round of cultural dialogue among the Iranian and Chinese women with the purpose of stronger interaction in the post-coronavirus era will be held via videoconference on Tuesday, January 19.

The webinar, entitled “common world, common fate”, would be held under the auspices of the Islamic Culture and Communication Organization of Iran, the Iranian cultural attaché office in Beijing, the All-China Women’s Federation, the Iranian Vice Presidency for Women and Family Affairs, and Al-Zahra University of Iran.

According to director general of cultural cooperation and Iranian expatriates’ affairs department of the Islamic Culture and Communication Organization, Mohammad Ali Kiani, six Iranian and four Chinese women will deliver speeches to the webinar on various topics, such as women’s health, role of women in stability of families under the coronavirus pandemic, women’s role in tackling poverty, as well as the lifestyle and psychological health of women in the post-coronavirus era.

The first edition of cultural dialogue between the Iranian and Chinese women was held in Lanzhou, capital of China’s Gansu Province, seven years ago.