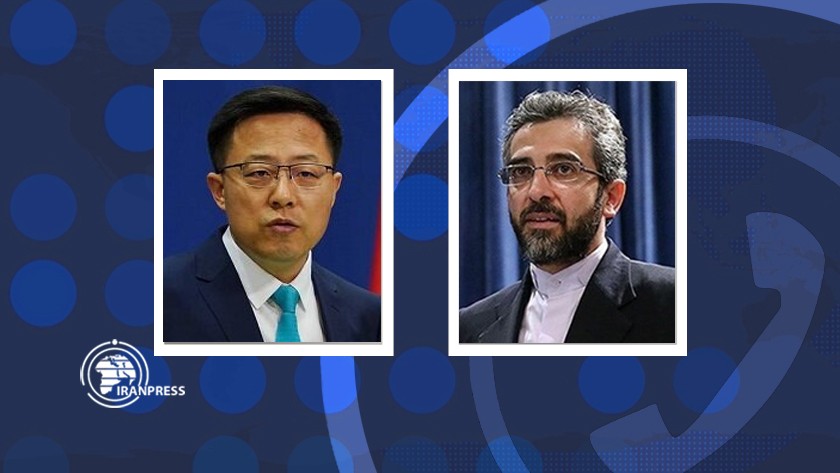 China has called on the western parties to the Vienna talks to return to the negotiating table with a constructive mindset.

China’s Vice Minister of Foreign Affairs Ma Zhaoxu made the comment during a phone call with the Iranian Deputy Foreign Minister and chief negotiator Ali Bagheri Kani on Wednesday.

The Chinese diplomat also called for continued consultations and coordination with Tehran in connection with the Vienna talks.

Iran and the remaining signatories to the 2015 nuclear deal – Russia, China, Britain, France and Germany – are scheduled to resume their discussions on how to move forward talks aimed at lifting anti-Tehran sanctions, in Vienna on Thursday. It comes after a days-long break the European signatories sought to discuss the proposals, tabled by Iran, with their capitals.

During the phone call, Bagheri also touched on the proposals that concern the removal of the unilateral US sanctions and Iran’s nuclear activities.

Bagheri reiterated that the Islamic Republic’s proposals are “well-founded and fully documented”.

He stressed that the clearest step by the other parties, in response to the constructive measure by Iran, is offering their own viewpoints in a well-founded and fully documented fashion.

The top Iranian negotiator also underlined the “the priority of removal of illegal US sanctions.