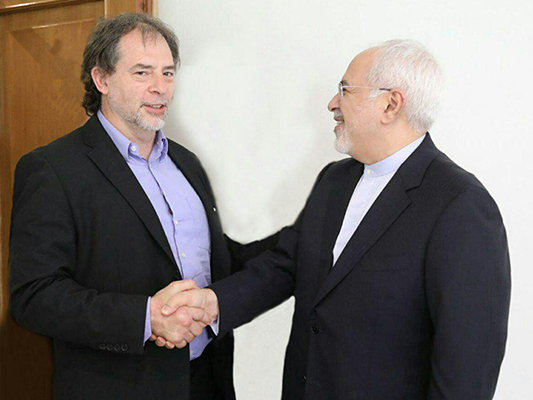 The Chilean senator, who is in Tehran heading a high-ranking delegation, conferred with Zarif on ways of boosting bilateral relations between Iran and Chile.
During the Tuesday meeting in Tehran, Girardi said his trip to the Iranian capital is aimed at cementing bilateral ties, particularly in the field of science and technology.
He said Iran and Chile are important countries in their respective geographical areas. He also described as inefficient the policies adopted by certain world powers vis-à-vis Iran.
The Iranian top diplomat, in turn, said a host of areas exist for mutual cooperation between Tehran and Santiago, and added the trip to Iran by a Chilean parliamentary delegation could be a good start.
Zarif also called for enhancement of reciprocal ties on different fronts, particularly culture, tourism, science and technology. He said free trade between Iran and Chile is an example of good relations between the two sides.