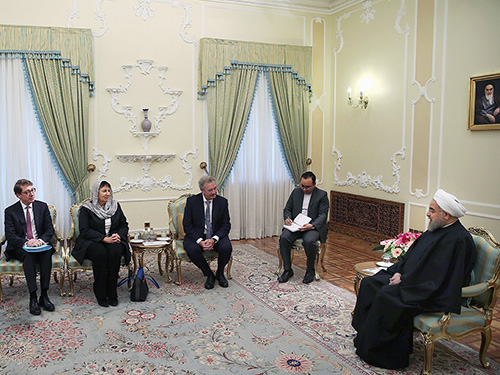 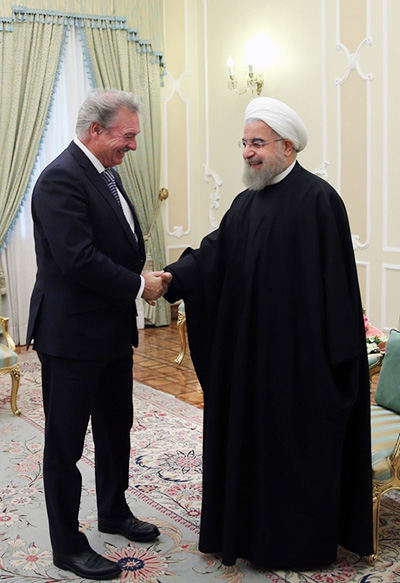 Iranian President highlighted the opportunities for enhanced cooperation between Iran and Europe, particularly Luxembourg, and stressed that Tehran can link Europe to the Indian Ocean and East Asia via a transit route.

In a meeting with Foreign Minister of Luxembourg Jean Asselborn in Tehran on Tuesday, Iran’s President Hassan Rouhani highlighted the ample opportunities for cooperation between Iran and Luxembourg, referring to “banking and insurance issues” as the key to enhancement of economic relations.

Iran can satisfy part of Europe’s demands for energy, and also link Europe to the Indian Ocean and East Asia via a transit route, President Rouhani went on to say, Tasnim reported.

For his part, the Luxembourgian minister hailed Iran as a great nation in the region, saying both his country and the European Union acknowledge “Tehran’s major and influential role” in settlement of regional conflicts.

Earlier in the day, high-ranking officials of Iran and Luxembourg signed an agreement to support investments and improve banking ties.

Economy Minister Ali Tayyebnia met with Asselborn, at the Ministry of Economic Affairs and Finance in Tehran to sign an agreement promoting mutual support for investments with the goal of guaranteeing investment safety for the businesspeople of both countries, Financial Tribune reported.

“Iran’s policy is to improve ties with European countries, especially Luxembourg,” Tayyebnia said, adding that the agreement is a sign of mutual goodwill and interest toward developing economic relations. 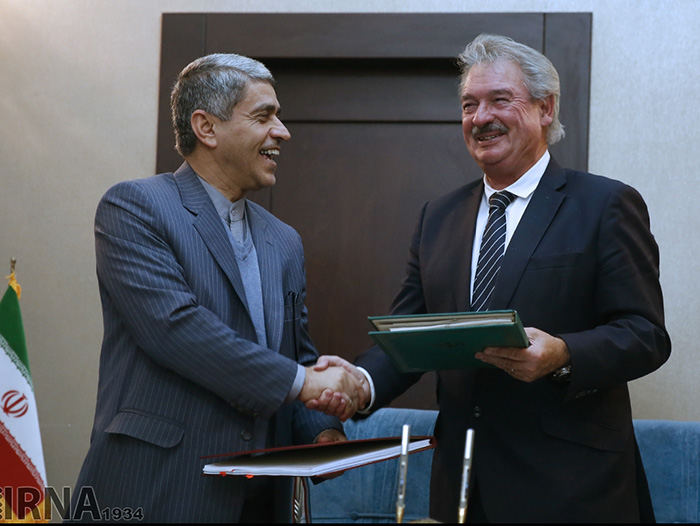 While improving banking ties with the small but economically strong European country remains a key issue following the lifting of international sanctions on Iran, Tayyebnia noted that the progress has not been satisfactory.

The minister hoped that the next visit to Luxembourg by Central Bank of Iran Governor Valiollah Seif, accompanied by a number of bank CEOs, would further enhance bilateral banking ties.

Tayyebnia emphasized Iran’s interest in signing an agreement to eliminate additional taxes, which he said would prove significant along with the reestablishment of relations between the two countries’ banks.

“Iran’s capital market is also in favor of creating ties with Luxembourg’s financial institutions,” he said.

Asselborn, who arrived in Tehran as part of a business delegation comprising 40 representatives from Luxembourg companies and Chamber of Commerce figures, said his country wants to expand collaboration with Iran in air transportation and direct investment.

The Luxembourg delegation is headed by Economy Minister Etienne Schneider.

Asselborn earlier paid a visit to Tehran in late November to meet the CBI governor. At the time, both officials welcomed the gradual establishment of correspondent banking relations.

The minister also met with his Iranian counterpart, Mohammad Javad Zarif, on Monday. The Iranian foreign minister deemed the current situation suitable for further development of relations with EU member states, saying the country is ready to improve its banking links with Luxembourg.