Iran Calls for Promotion of Economic Ties with Japan 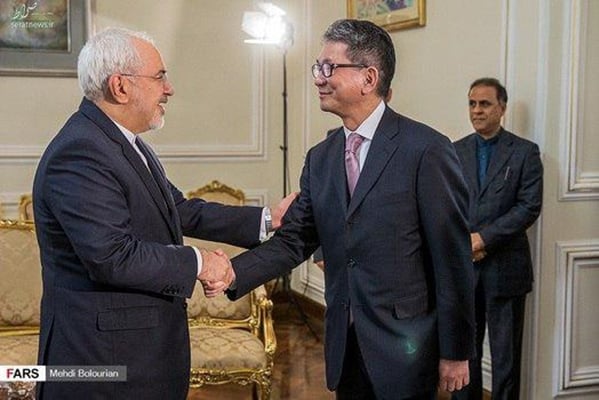 Speaking in a Saturday meeting with Japanese Deputy Minister for Foreign Affairs Takeo Mori in Tehran, Zarif hailed the good relations between the two countries in various fields.

However, the Iranian top diplomat said, business cooperation between Iran and Japan still needs to be enhanced.

During the Japanese diplomat’s visit to Tehran, the two countries also held the 25th round of their bilateral political negotiations/

In the meeting, the two sides discussed bilateral relations, ways of boosting mutual cooperation and the latest regional and international developments.

During the talks, the Japanese official reiterated his country’s unflinching support for the Iran nuclear deal, saying Tokyo stands ready to expand its relations with Tehran.

The balance of trade between Iran and Japan is heavily weighed in favour of Iran, with Japan exporting automobiles and electrical products and importing petroleum and petrochemical products. As of 2010, Japan has been cooperating with Iran on several major projects.