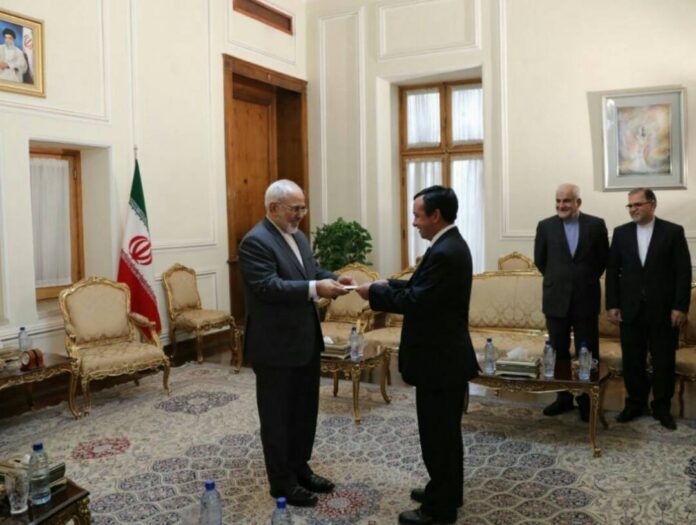 Iranian Foreign Minister Mohammad Javad Zarif has met the first Chilean ambassador to Tehran since the 1979 Islamic Revolution in Iran.

During the Sunday meeting in Tehran, Zarif hailed the reinforcement of political ties between Iran and Chile and the collaborations between the two countries’ private sectors, which are aimed at promotion of bilateral business relations.

He also underlined the necessity of enhancing parliamentary ties and popular relations among the two nations, urging that new ways should be found to develop mutual cooperation between Tehran and Santiago in various fields, particularly in the banking sector, during the new era of ties.

Chile’s Ignacio Llanos, in turn, handed over a copy of his credentials to Zarif as his country’s first-ever envoy to Iran since the 1979 Revolution.

Chilean President Michelle Bachelet appointed Llanos as the new ambassador to Tehran a couple of months ago.

Back in 2016, Chile reopened its embassy in Tehran after more than 35 years of problematized diplomatic ties and later dispatched a chargé d’affaires to Iran in complete silence.

Iran and Chile resumed relations on December 2, 1991 with Iran opening its embassy in Santiago, only to close it again in 1999 citing financial problems. The Iranian embassy in Santiago was finally reopened in 2007 at full ambassador level.