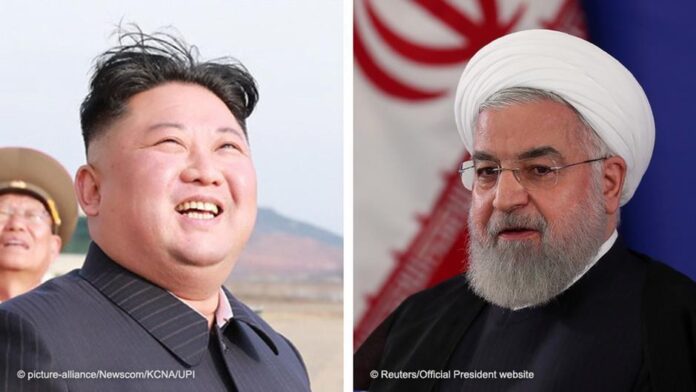 Iranian President Hassan Rouhani has congratulated North Korea on its national day, calling for further enhancement of bilateral relations between Tehran and Pyongyang.

In a Wednesday message to North Korean Supreme Leader Kim Jong-un, Rouhani felicitated him and the people of his country on the 72nd anniversary of the Foundation of the Democratic People’s Republic of Korea.

“I hope that relations between the two countries will further develop in all fields of mutual interest through the will and determination of the two countries’ high officials,” Rouhani said.

He also wished health and success for Kim and prosperity and felicity for the people of the Democratic People’s Republic of Korea.

Day of the Foundation of the Republic is the Republic Day and National day of the Democratic People’s Republic of Korea, annually held on 9 September.

Following the Liberation of Korea in 1945 by the Soviet and American forces, a communist Soviet military regime was set up in the northern part of Korea. A new Supreme People’s Assembly was elected in August 1948, and on 3 September a new constitution was promulgated. The Democratic People’s Republic of Korea was proclaimed on 9 September, with Kim Il-sung as Premier.