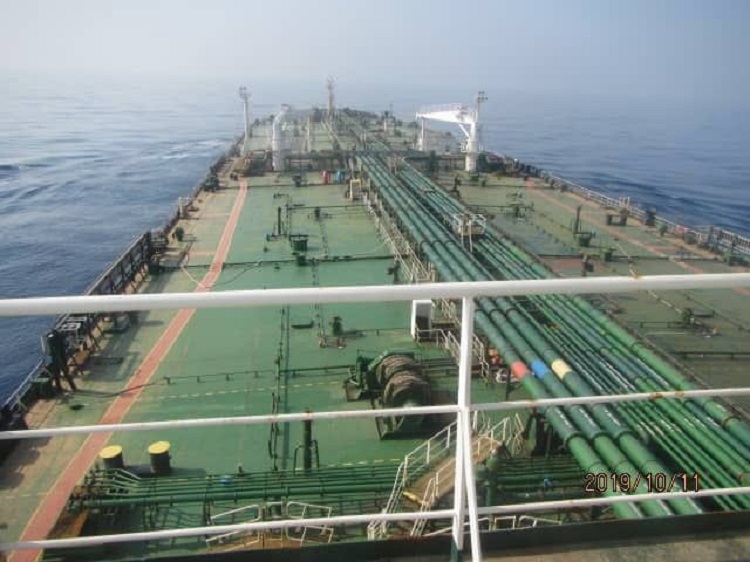 Iranian Foreign Ministry Spokesman Seyyed Abbas Mousavi has described an attack on the Iranian oil tanker SABITI in the Red Sea as “a dangerous adventure”, warning that all the responsibilities fall on those behind it.

“The investigations conducted by the National Iranian Tanker Company (NITC) indicate the Iranian tanker has been damaged after being targeted twice, at half-hourly intervals, from a place near its shipping route in the east of the Red Sea,” Mousavi said on Friday.

Mousavi said the oil tanker’s condition is under control, the crew members of the vessel have fortunately not been harmed, and the vessel is at a stable condition.

“Over the past few months, other acts of sabotage have been launched against Iranian oil tankers in the Red Sea,” he said, adding that investigations are being conducted on the culprits behind these acts.

He expressed concern about the pollution caused by the massive oil spill in the region after damages inflicted on the vessel’s tanks, and said, “All the responsibilities for the act, including the extensive environmental pollution in the region, fall on those behind the dangerous adventure.”

The spokesman finally emphasized that a probe has been launched into the details of and culprits behind the dangerous move, and the results will be announced once a conclusion is reached.

The incident took place some 60 miles from Jeddah. The explosions have reportedly hit the vessel’s hull, causing heavy damages to the vessel’s two main tanks, which resulted in an oil spill in the Red Sea. The spill is currently stopped, according to officials.

Technical experts are currently investigating the cause of the explosion. They believe it was a “terrorist attack”, unnamed sourced told the Iranian Students News Agency (ISNA).

A statement by NITC said the SABITI tanker was hit by two separate explosions at 5:00 and 5:20 am, probably after being struck by missiles.

It said the crew members are currently safe and none of them has been harmed in the explosions. The tanker is currently in a stable condition, the statement added.

The NITC later dismissed the reports that the vessel had caught fire, according to the Iranian Ministry of Petroleum’s official news agency SHANA.