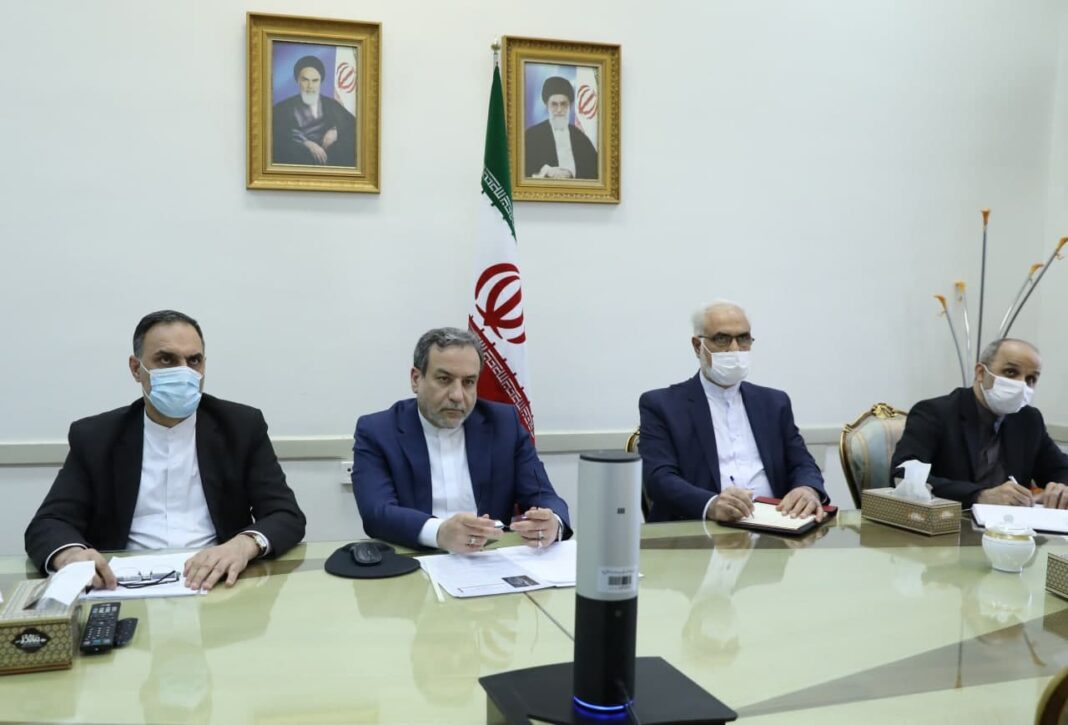 Iran and Bulgaria have held the second round of their political consultations at the level of deputy foreign ministers in a virtual meeting.

The Iranian official emphasized the significance of preserving the JCPOA as a diplomatic accomplishment in the contemporary era, saying Iran’s key condition for the full implementation of its nuclear commitments under the JCPOA is the United States’ unconditional return to the nuclear deal and its lifting of all sanctions against Iran.

He stressed Iran’s move to scale down its commitments under the JCPOA is in keeping with the provisions of the very same agreement and came in reaction to Washington and Europe’s failure to make good on their obligations.

Araqchi touched upon a rise in trade exchanges between Iran and Bulgaria over the past year, and underlined the need to tap into all potentialities to enhance mutual economic transactions.

The Bulgarian official, in turn, underlined the need to use diplomacy to settle differences.

Georgiev underscored his country together with the European Union had been opposed to the United States’ withdrawal from the JCPOA from the outset, and tried to save the JCPOA.

The top diplomat said he would be pleased to see Bulgaria’s relations with Iran expand on political, economic, cultural and international fronts.

The two sides also emphasized the need to boost cooperation in tourism after the coronavirus pandemic is over.