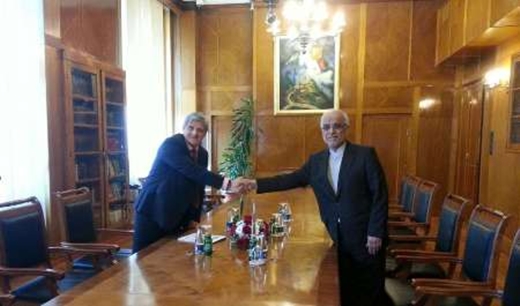 The Head of Bosnia’s Central Bank voiced his pleasure in the removal of the sanctions imposed against Iran, saying, “The Islamic Republic of Iran, because of its important status in the Middle East, has a special place for us.”

In a relevant development in February, Bosnian Foreign Minister Igor Crnadak said that his country is determined to revive its former economic ties with post-sanctions Iran.

Speaking at a joint press conference in Tehran with his Iranian counterpart Mohammad Javad Zarif, Crnadak said the two sides have always had great ties and that today, more than ever, they are determined to expand on that.

“We discussed many ways for economic cooperation. We believe good economic relations could also lead to greater diplomatic ties. We are delighted to have our Iranian partners involved in our infrastructure development projects. This will happen soon,” he added.

The Bosnian Foreign Minister said the two sides could also cooperate in travel and tourism, adding that his country will fully support private travel agencies to this end.

“We also discussed common challenges, joint educational and cultural programs, as well as introduction of easier visa programs in order to normalize bilateral relations,” he noted.

Zarif, for his part, referred to the relations between Tehran and Sarajevo, and added that the two sides are willing to expand bilateral ties in various fields including political, economics and banking.