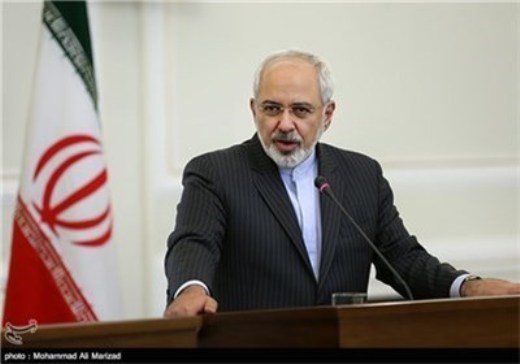 Nuclear talks will bear fruit only if the Western parties come to the understanding that “unfair sanctions do not amount to a great achievement for them”, Zarif said.

Iran’s foreign minister lashed out at the West for employing “unlawful and cruel” sanctions as leverage to exert pressure on other nations.

“We should not let the Western countries make use of sanction as a tool to pile up pressure on other countries,” Mohammad Javad Zarif said in a meeting with his Belarusian counterpart in Tehran on Saturday.

Making a reference to the Western sanctions imposed on Iran and Belarus, Zarif added, “The countries that aretargetedby the unlawful and cruel sanctions need to keep moving by relying on their own capabilities.”

He also pointed to the nuclear talks between Iran and major world powers, stressing that the negotiations will bear fruit only if the Western parties come to the understanding that “unfair sanctions, which go counter to the international regulations, do not amount to a great achievement for them.”

Belarus believes that the Iranian negotiators handle the nuclear talks with six world powers “wisely and in a prudent manner.”

Iran and P5+1 (Russia, China, the US, Britain, France and Germany) are in talks to hammer out a final agreement to end more than a decade of impasse over Tehran’s peaceful nuclear program.

The two sides wrapped up a week of intensive nuclear talks in Vienna on November 24 without reaching a long-awaited deal they were supposed to hammer out by the self-imposed November 24 deadline.

Negotiators from Iran and the sextet concluded a round of deputy-level talks on Tehran’s peaceful nuclear program in Switzerland’s Geneva on December 17.

The Swiss city will reportedly once again host the next round of talks before January 20, 2015.