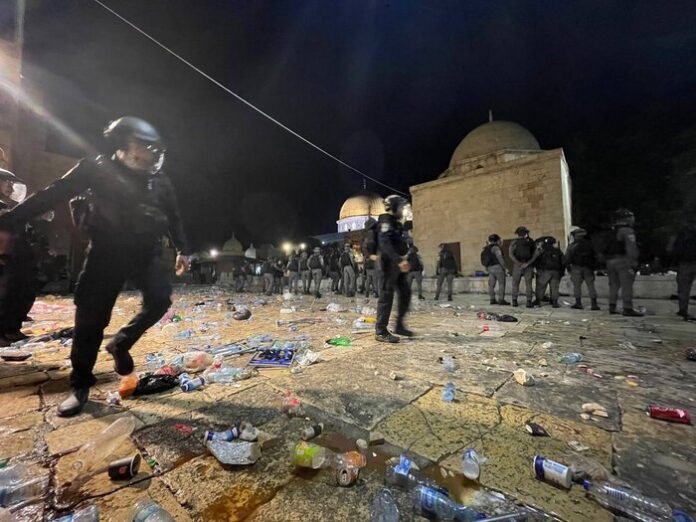 Iranian Foreign Minister Mohammad Javad Zarif has blasted the Israeli regime’s attack on the Al-Aqsa Mosque and its killing of worshippers, saying the only fair solution to the Palestine issue is to hold a referendum.

“Attack on the Al-Aqsa Mosque, killing of worshippers, and religious desecration are the biggest proof of the racist and criminal nature of this usurping regime, which has always been the main cause of undermining the security, calm, and stability of the region,” Zarif said in a tweet in Arabic.

“I hereby stress that the only fair solution to the Palestine issue is referring to the will of the real children of this land and holding a referendum,” he added.