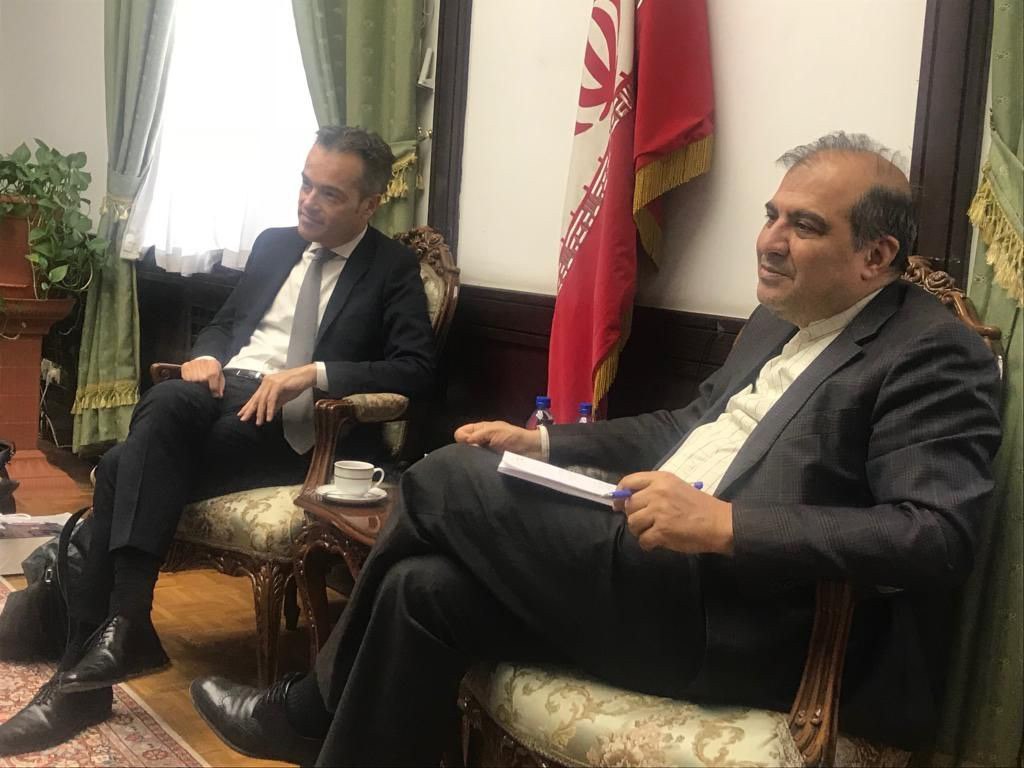 Director General for Multilateral Affairs and Globalisation at Belgium Ministry of Foreign Affairs Axel Kenes has met with Ali-Asghar Khaji, a Senior Assistant to Iran's Foreign Minister in Special Political Affairs and Iran's senior negotiator in Yemen and Syria talks.

During the Wednesday meeting in Tehran, the two sides discussed Syria developments, including the latest situation in the northeast of Euphrates, the de-escalation zone in Idlib, the process of the formation of Syria’s Constitutional Committee, the issue of refugees and the reconstruction of Syria.

Kenes and Khaji evaluated the launch of the Syrian Constitutional Committee as a positive move and touched upon the unmatched role of the Astana Talks in this regard.

Moreover, they called for the continuation of the constitutional committee’s work without foreign interference, stressing that the Syrian people must determine the future of Syria.

During the meeting they also discussed the latest developments in Yemen and the need to end the crisis in the Arab country through political talks.