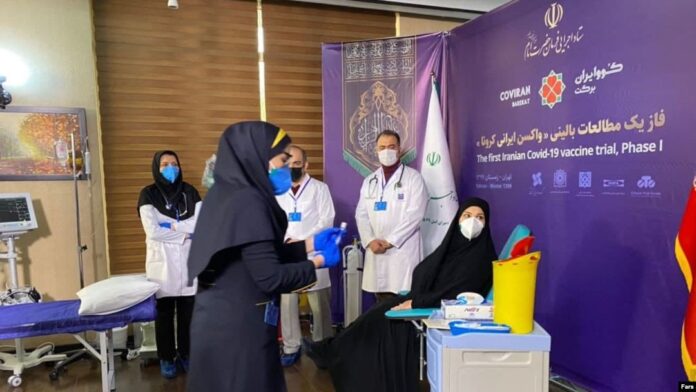 The testing was carried out during a ceremony where three volunteers received a homegrown vaccine named Coviran Barkat, produced by the Execution of Imam Khomeini’s Order (EIKO).

A total of 56 volunteers will gradually receive injections during the first stage of the vaccination process.

No symptoms such as shock or fever have been observed following the first trial inoculation, say Iranian authorities.
The vaccine has been completely developed by domestic researchers, according to officials.

Also present at the ceremony was Iranian Health Minister Saeed Namaki, who gave assurances about the safety of the domestically produced vaccine.

“The first Iranian-made coronavirus vaccine was tested on humans today. We ourselves believe in [the safety and effectiveness of] the vaccine we are injecting,” he said.

He underlined that Iran was the first country to produce vaccines in Asia, adding it’s been 100 years that Iran has been developing vaccines in the region.

While producing vaccines at home, Iran is also working with another country to develop a vaccine for the disease.

The Islamic Republic is also trying to purchase vaccines from abroad.

However, Iran has difficulty importing COVID-19 vaccines due to US sanctions.