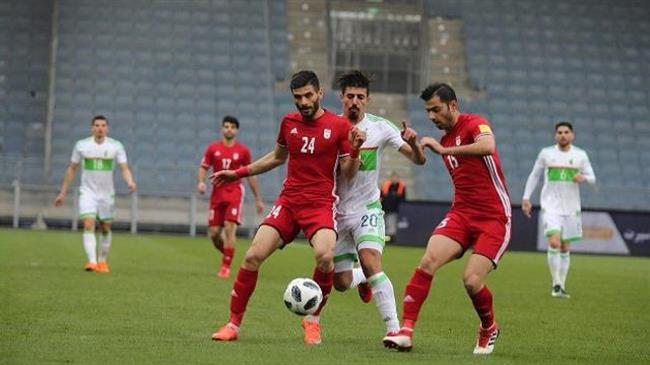 The Iran men’s national football team, domestically known as Team Melli, has defeated Algeria in a friendly fixture as part of its preparations for the 2018 Fédération Internationale de Football Association (FIFA) World Cup.

On Tuesday evening, Team Melli beat the Fennecs 2-1 at the Liebenauer Stadium, sponsored as the Merkur-Arena, in the Austrian city of Graz. The match gave the Iranian footballers some competitive testing before starting their World Cup campaign against Morocco, which has the same style of football as that of Algeria.

Iranian professional footballer Sardar Azmoun found the back of the net with a header in the 11th minute, before Mehdi Taremi, who plays for the Qatari al-Gharafa Football Club, scored another goal eight minutes later to make it 2-0.

Algeria’s 27-year-old center-back Farouk Chafai pulled a goal back in the 56th minute with a header.