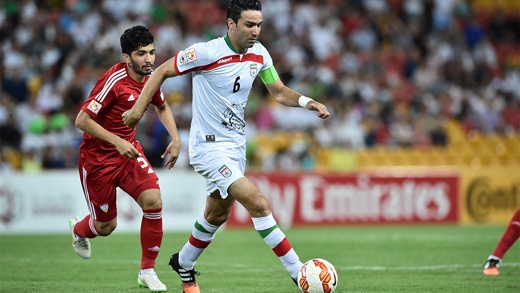 Iran beat the UAE 1-0 in their final Group C game, booking a spot in the Asian Cup quarterfinals.

Iran defeated the United Arab Emirates 1-0 in the final round of the AFC Asian Cup Group-C at the Brisbane Stadium on Monday (January 19).

The win against the UAE in the final Group C encounter helped Iran finish at the top of the group standings, thus avoid holders Japan in the quarter-finals.

The two sides, which had won both of their games already, were guaranteed places in the quarter-finals regardless of Monday’s result.

The UAE needed a draw to finish top of the group, but it was a must-win game for Iran if they were to avoid meeting the reigning champions and red-hot favorites Japan, as they are heavily favored to top Group D.

Also on Monday, Bahrain beat Qatar 2-1 in Sydney to finish third in Group C in a match between two already eliminated teams.