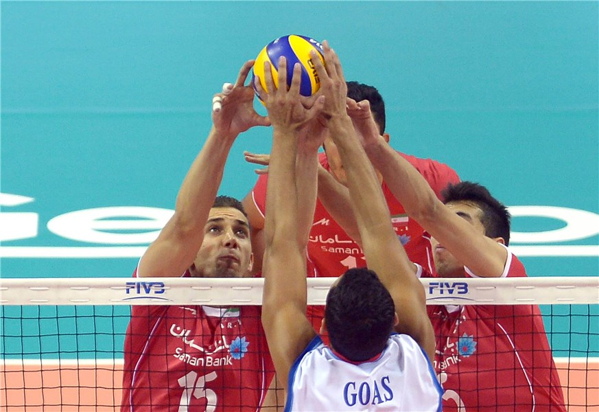 Iran defeat Puerto Rico in straight sets to advance to the next round of FIVB Men’s World Championship, Poland 2014.

“Another outstanding blocking display from tournament-leader Seyed Mousavi highlighted Iran’s smooth win over Puerto Rico by 3-0 (25-17, 25-22, 25-14).” That was how the official website of the Federation Internationale de Volleyball described Iran’s win in their last encounter of group stage in Pool D.

The win seals Iran’s second-place finish behind France in Pool D on 11 points. The US and Italy are third and fourth respectively. Their clash later Sunday determines who finishes third in the group stage.