Iran beat Australia in second round of FIVB World Championships 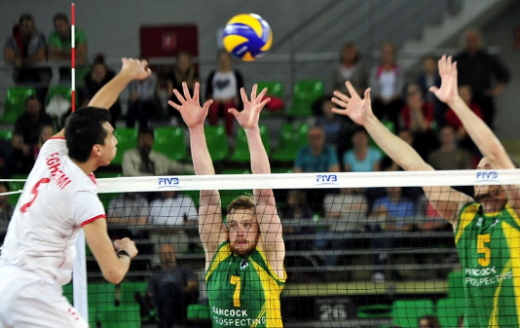 Iran’s campaign for volleyball glory gets off to a winning start in round two of FIVB World Championships in Poland.

Amir Ghafur was the top scorer for Iran which bagged all three points of the game.

After the match, Iran coach Slobodan Kovac said “This was not our best game; only in the fourth set we had a good performance.… We will now focus on the game with Argentina.”

Iran’s captain Saeed Marouf said, “It was a very dangerous match…. We felt too sure against Australia and we believed that this game would be over fast. Fortunately, what counts most are the three points we earned today.”

Iran will line up against Argentine later on Thursday.