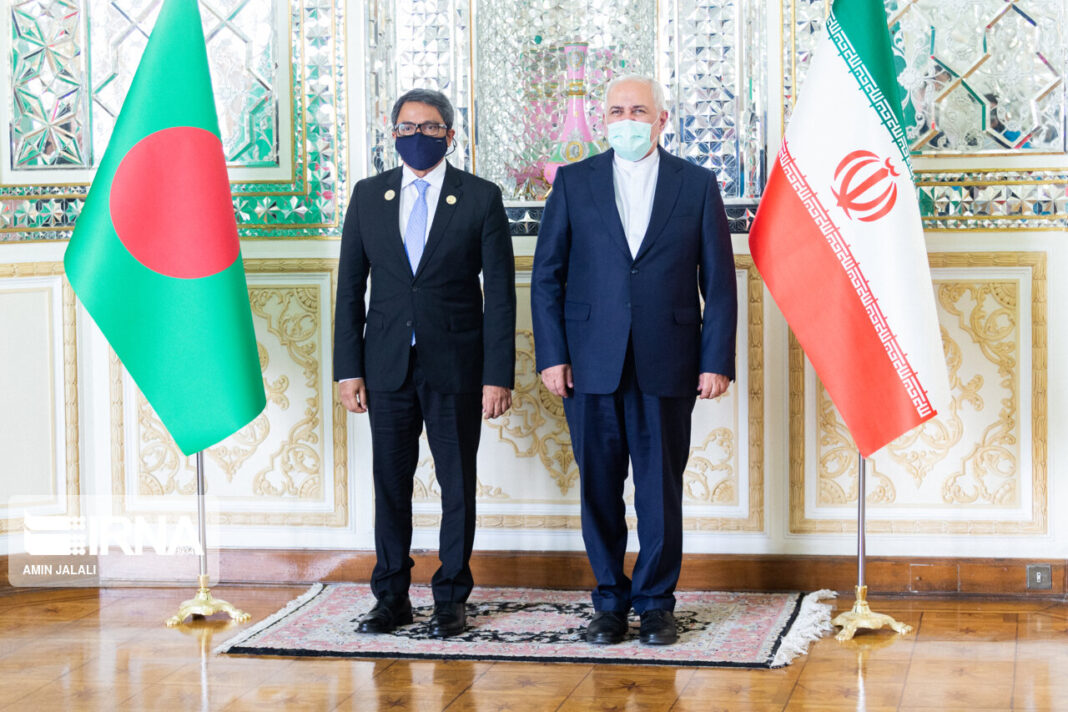 Iranian Foreign Minister Mohammad Javad Zarif held talks with Shahriar Alam, the State Minister of Foreign Affairs of Bangladesh, who is in Tehran on behalf of his government to attend the inauguration ceremony of Iran's new president.

In the Friday meeting, the Bangladeshi diplomat and the Iranian Foreign Minister conferred on issues in bilateral relations in different political, economic, and cultural spheres.

Foreign Minister Zarif thanked the Bangladeshi government for sending a high-ranking delegation headed by the country’s State Minister of Foreign Affairs to the inauguration ceremony of the Iranian president.

He also reviewed different aspects of relations between the two countries in bilateral and multilateral areas, especially collaborations at the Organisation of Islamic Cooperation (OIC) and Dhaka’s stances regarding the issue of Palestine.

Foreign Minister Zarif further praised the Bangladeshi government’s cooperation in the past eight years on promoting its ties with Iran.
He also pointed to President Ebrahim Raisi’s special attention to Iran’s ties with the regional countries, especially the country’s neighbours, and expressed hope that relations and collaborations between Tehran and Dhaka would further expand in the coming period, and the use of creative ways to promote mutual cooperation will continue.

The Bangladeshi diplomat, in turn, highlighted the grounds for promotion of mutual cooperation in various bilateral fields as well as other areas of cooperation. He also praised Foreign Minister Zarif’s eight-year efforts for bilateral relations between the two countries.

Issues related to the Rohingya refugees, cooperation at the OIC, and direct flights between the two countries were among other topics discussed by the two top diplomats.