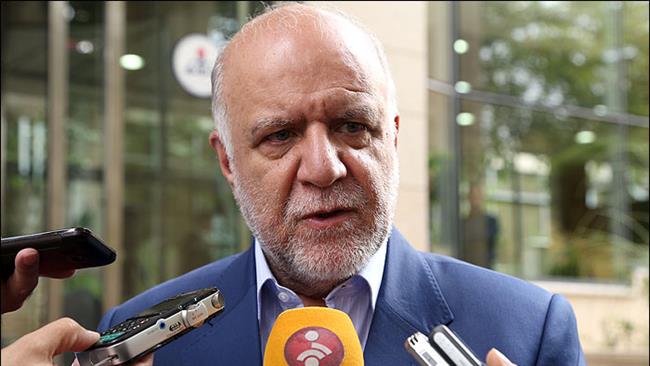 Iran’s Oil Minister Bijan Zangeneh says Tehran will support any step to help the recovery of the oil market.

“Iran supports and welcomes any steps to help the oil market recover and escape the current conditions,” Zangeneh has been quoted as saying by the media.

He made the comment in reference to a proposal made by Venezuela to coordinate between OPEC and non-OPEC oil producers.

Venezuela has for months been pushing for an emergency OPEC meeting and joint coordination with Russia to stem a tumble in oil prices, but with little success, Reuters reported.

Venezuelan President Nicolas Maduro said on Saturday, he has suggested to the Emir of Qatar a summit for heads of state of OPEC countries to defend oil prices.

The Venezuelan leader, who met with the emir, Sheikh Tamim bin Hamad al-Thani during his visit to OPEC nation Qatar, added he had also suggested non-OPEC countries, which include Russia, take part.

Zangeneh had earlier emphasized that Iran is not opposed to an emergency OPEC meeting to discuss sagging oil prices.

“If this meeting is held, it will be effective and we will not oppose it,” he told reporters last month.

“An emergency meeting has to be held with the consensus of OPEC members and a consensus means all members are decided to reach a conclusion,” the Iranian minister said.

But I think it is unlikely that certain countries which have political motivations in the back of their minds in bringing down the prices will simply agree with it, he added.

Analysts believe that Zangeneh was alluding to Saudi Arabia which is largely believed to be leading the drive for lower prices, producing oil at full capacity despite a glut in the market.