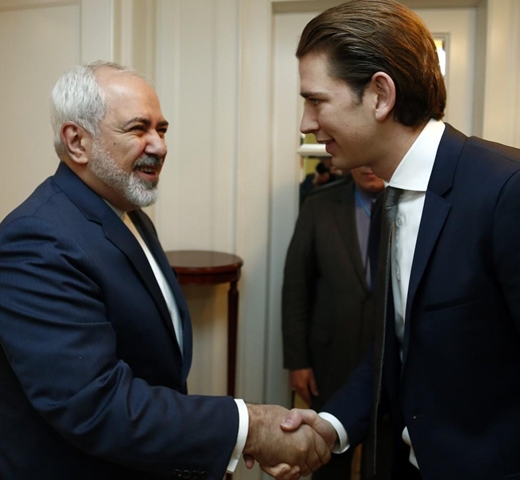 Foreign Minister Zarif has said that Iran as the chair-state of the Non-Aligned Movement is ready to cooperate with Austria on global nuclear disarmament.

Iranian Foreign Minister Mohammad Javad Zarif told his Austrian counterpart that US and Western parties to the nuclear negotiations have to be aware of the requisites of a comprehensive agreement — both in practice and in rhetoric.

Zarif who is in New York to attend the UN conference on revision of the nuclear Non-Proliferation Treaty (NPT) said in a meeting with Sebastian Kurz that Iran as the chair-state of the Non-Aligned Movement (NAM) is ready to cooperate with Austria on the global nuclear disarmament.

As for Tehran and Vienna’s capacities, he urged enhancement of bilateral ties through consultations and exchange of delegations, said a Foreign Ministry press release on Tuesday.

The Austrian foreign minister, for his part, welcomed the progress in nuclear negotiations between Iran and P5+1.

Kurz said that the EU member states have the motivation to forge a comprehensive deal and are moving in the same direction.

On Tehran-Vienna relations, he said that a trade delegation comprising of Austrian businessmen is scheduled to depart for Tehran soon to meet their Iranian counterparts.