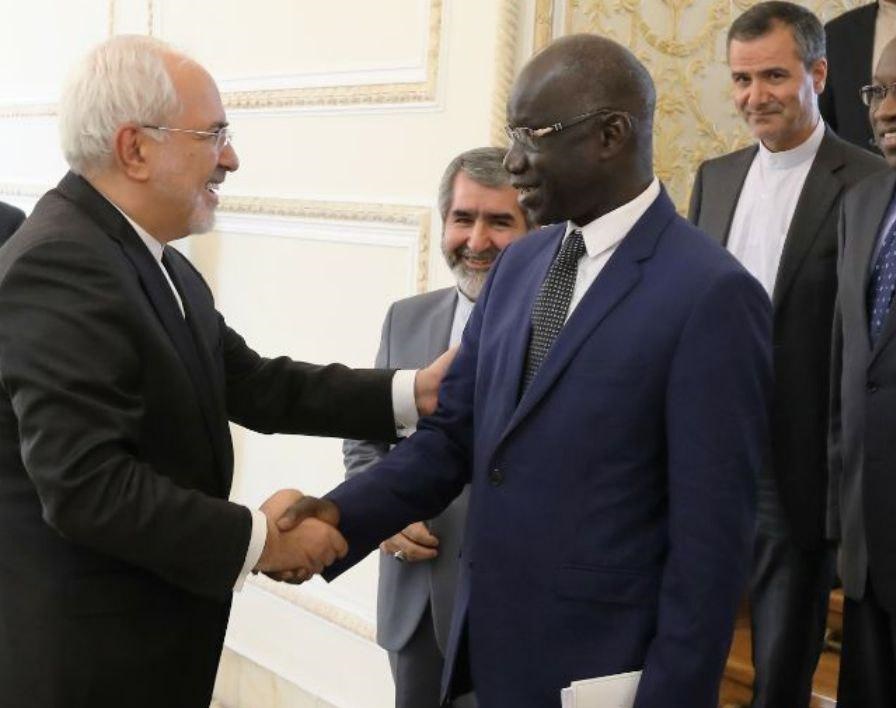 Iran’s Foreign Minister Mohammad Javad Zarif says the Islamic Republic is prepared to expand its cooperation with all African countries, Senegal in particular.

In a Sunday meeting with Senegal’s Minister of Culture and Communications Mbagnick Ndiaye in Tehran, Zarif said the African continent, Senegal in particular, is important for the Islamic Republic of Iran.

“We are ready to cooperate bilaterally and within the framework of international organizations and the Organization of Islamic Cooperation (OIC),” Iranian foreign minister added.

Zarif went on to say that both Iran and Senegal are opposed to extremism, and in this area as well as in the field of economic ties, the Islamic Republic is ready to promote cooperation, especially in construction of dams and production of pharmaceuticals.

In turn, Ndiaye, who is also the Senegalese president’s special envoy, expressed his pleasure of being in Iran and taking part in the inauguration ceremony of President Hassan Rouhani.

“Relations between the two countries are close, and it has to be so. Muslim countries should naturally have close ties.”

“Boosting cultural relations will lead to the development of ties in other areas, and we support the expansion of relations with the Islamic Republic of Iran, especially in the cultural and economic spheres,” Ndiaye underscored.