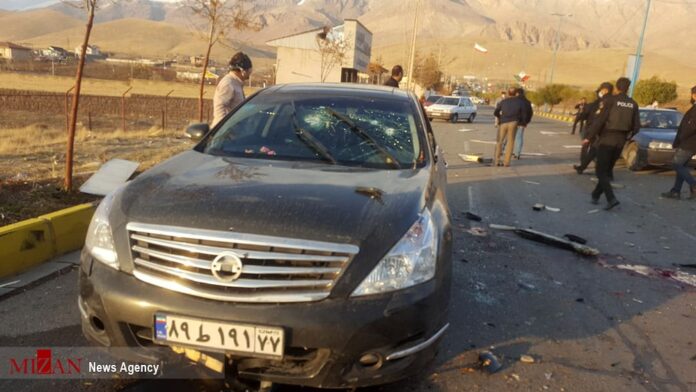 A senior Iranian official says some of those involved in the assassination of eminent Iranian scientist Mohsen Fakhrizadeh have been identified and apprehended by the country’s security agencies.

Hossein Amir-Abdollahian, the special aide to Parliament Speaker Mohammad Baqer Qalibaf, said masterminds and perpetrators of the terrorist act will not escape justice.

In an interview with the Iranian Arabic-language Al-Alam News Network, the official noted,
“As for the masterminds and perpetrators of the assassination, there is evidence suggesting Zionists were involved in the incident. But were Zionists able to do it alone and without the cooperation of, for example, the US intelligence service or another service? Definitely not,” said the official.

He said in the previous cases of the assassination of Iranian scientists, it later came to light that the Israeli regime was involved in their killings.
“Such evidence still exists and it is clear to our security services, and in the not-too-distant future you will see Iran take firm action and give a firm response to those ordering the assassination,” he noted.

The official also touched upon the passage of the Strategic Action to Lift Sanctions Act in parliament following the assassination of Fakhrizadeh.

He said MPs had been discussing the legislation since months ago, and that the slaying of the Iranian scientist “only expedited the process.”

“This law is not only the Iranian parliament’s reaction to the assassination, but it is also a response to the breach of commitments by the European countries [which are signatories to the Iran nuclear deal],” he noted.