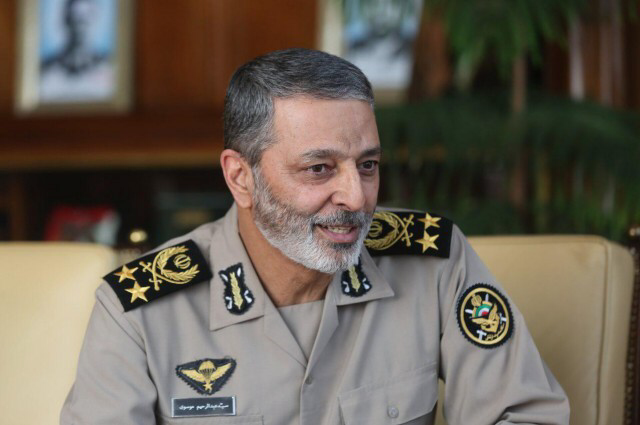 Iran’s Army Commander Brigadier General Seyyed Abdolrahim Mousavi has hit back at Israeli regime and military officials after they claimed Iran’s presence in Syria has decreased.

Mousavi said it seems that the Zionist officials have felt the high speed of the regime’s decline and “it’s likely they commit suicide in fear of death”.

The commander made the remark while inspecting 184th Brigade of the Iranian Army in the city of Khorramabad. Mousavi added that the Israeli Army is highly vulnerable and has suffered many defeats in the past.

Israel’s military chief Aviv Kohavi has said the regime’s current main objective is “minimizing Iranian presence in the Middle East, with an emphasis on Syria…but these operations take place throughout the Middle East. They’re also against Hamas, against Hezbollah.”

Kohavi also claimed Israeli strikes and other operations had “greatly diminished Iran’s presence and weaponry in the northern arena, certainly in comparison to what they sought.”

Israel has frequently threatened Iran with war over the past years without making good on its threats.

Iran says the saber-rattling is merely a psychological warfare against the Islamic Republic, reiterating Iran will give a crushing response to any aggression.