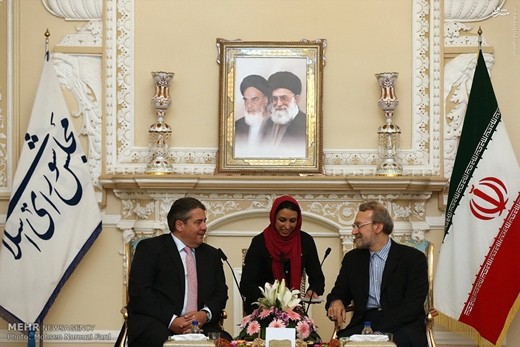 The agreement signed between Iran and P5+1 can be key to cooperation or can be misused, said Ali Larijani in a meeting with German Vice Chancellor Sigmar Gabriel.

“This agreement can be key to cooperation or can be misused,” Larijani said during a meeting with German Vice Chancellor Sigmar Gabriel in Tehran on Monday.

He pointed to the historical ties between Iran and Germany, and said, “The Iranian people look at Germany in a positive manner which can be used for expansion of political, economic and cultural relations.”

The German vice chancellor, for his part, said that the German delegation’s visit to Iran shows that his country is interested in expansion of relations with Iran.

He also said that the regional crises are the result of interference by other countries, and said, “The US attack on Iraq was a mistake; the German government does not accept military intervention in any country and it believes that the military invasion will spread insecurity in the region.”