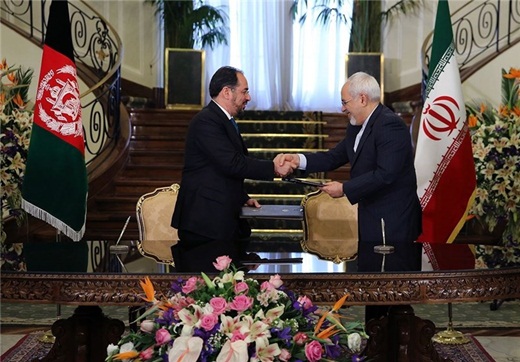 Tehran and Kabul have agreed to boost cooperation in the fight against terrorism and drug trafficking, said President Rouhani.

Iran and Afghanistan signed two cooperation agreements on Sunday as part of efforts to boost the relations between the two neighbors in various areas.

In a joint press conference earlier on Sunday, Rouhani said Tehran and Kabul have agreed to boost cooperation in the fight against terrorism and drug trafficking.

Heading a high-ranking delegation, Ghani arrived in Tehran on Sunday morning for an official visit at the invitation of his Iranian counterpart.

The Afghan president had planned to travel to Iran in early March but postponed his state visit due to a fatal avalanche in his country that left more than 280 people dead.