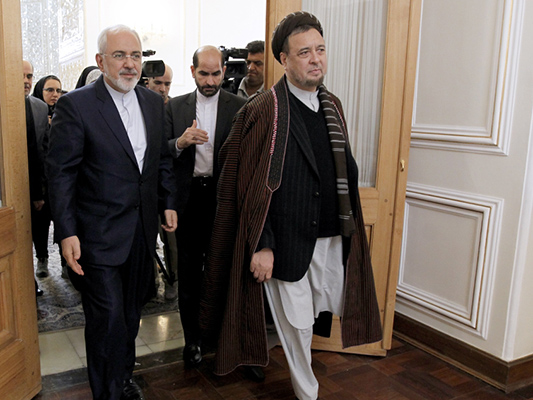 During the Sunday meeting, the two sides conferred on ways to expand Tehran-Kabul bilateral relations and mutual cooperation in different fields.

They also underlined the need for further collaboration in fight against terrorist groups and acceleration of effort to pursue the issues raised in Iran-Afghanistan five committees.

Back in June, a large delegation of Afghan officials visited Tehran and started an arranged series of talks with Iranian officials in five strategic fields.

The two countries had agreed each to assign committees in the areas of security, economy, culture, refugees, and water in order to discuss mutual cooperation in areas of concern.

The Afghan committees held a tightly packed series of meetings with their Iranian counterparts during their visit. The meetings were a long-delayed arrangement that was hoped to follow an unattained agreement during Hamid Karzai’s presidency.

Talks in areas of water and refugees turned out as the hottest. Water management plans in Afghanistan have led to the eastern Iranian Lake Hamoon drying out.

Also, estimates from the government of Iran indicate that 951,142 Afghan refugees reside in Iran, in addition to 620,000 Afghans who hold Afghan passports and Iranian visas. The government also estimates that there are approximately 1.5-2 million undocumented Afghans living in Iran.