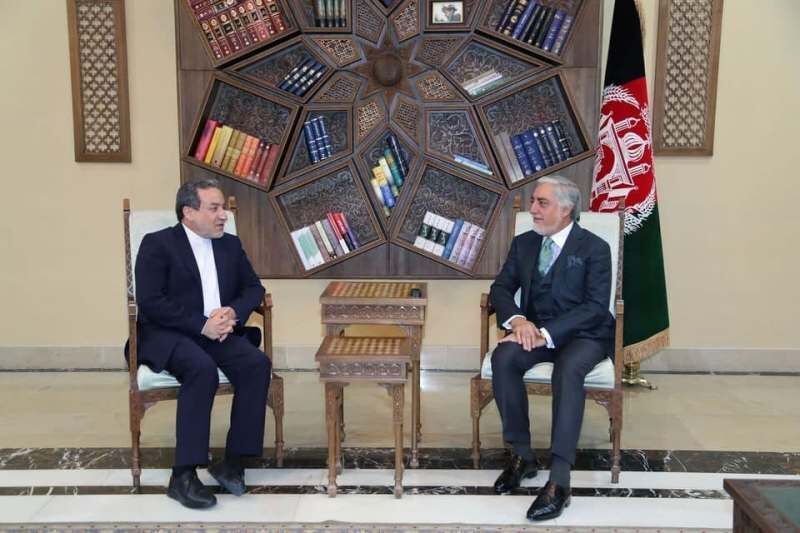 In the meeting held in Kabul, the two sides exchanged views on peace negotiations, progress in the Doha talks, Iran’s role in ensuring peace in Afghanistan and Tehran-Kabul relations.

During the talks, Abdullah appreciated Iran’s cooperation with his country and its support for the peace trend.

Among other issues brought up for discussion during Araqchi’s meetings in Kabul were a long-term Comprehensive Iran-Afghanistan Cooperation Document, peace talks between Afghanistan and the Taliban as well as Iran’s role in building a regional consensus about Afghanistan’s political and security situation, and the promotion of political, economic and trade ties between the two countries.

During Araqchi’s meeting with Meerwais, the Afghan official expressed his gratitude to Iran for hosting Afghan immigrants and Tehran’s support for Afghanistan’s peace negotiations.

He also congratulated both nations and governments on the inauguration of the Khaf-Herat railroad, which was recently put into service in a ceremony which the presidents of both countries attended via videoconference.

Meerwais described the project as a key step toward the further enhancement of Tehran-Kabul relations.