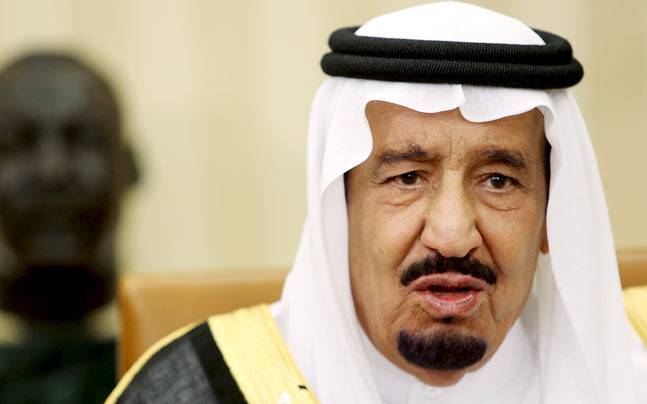 An Iranian political analyst says making enemies is a key trick played by Saudi Arabia to live on.

In an article published by the Iranian daily E’temad, senior political analyst Fereydoon Majlesi said that the provocative decision by Riyadh and some of its regional allies to break diplomatic ties with Qatar is part of a larger plan for survival. Here is the full text of the Farsi article:

Saudi Arabia and Qatar have fought at least once over their borders. In general, most Arab states in the Persian Gulf are at odds with each other on a number of issues, but Saudi Arabia has been trying to have all of them gathered under one umbrella via exaggerating the extent of their animosity towards Iran. And now Saudis’ efforts have raised concerns in other Arab countries. They are worried that the kingdom is playing the role of a big brother, expecting others to follow its footsteps in all regional issues.

For the time being, Qatar stands at a higher level compared with Saudi Arabia in terms of richness, social cohesion and cultural development. Saudi leaders have a long way to go to turn their vast country, inhabited with conflicting tribes and influenced by fundamentalist ideology, into a coherent country like Qatar. So, it seems the main reason behind Riyadh‘s decision to cut diplomatic ties with Qatar is a sense of rivalry.

Due to its burning need for Saudi Arabia’s financial aid on the one hand, and, Qatar’s support for the Muslim Brotherhood, on the other hand, Egypt had no other way, but to follow the footsteps of Saudi Arabia in cutting diplomatic ties with Qatar.

Bahrain is currently under the military occupation of Saudi Arabia, and its regime is extremely unstable without Saudis’ direct military support. Therefore, the tiny Arab country is forced to back Saudi Arabia against Qatar by cutting ties with Doha.

The United Arab Emirates is not interested in creating tensions with Saudi Arabia given the border disputes between the two states. Meanwhile, due to its internal divisions, the UAE prefers to stand by Saudi Arabia in the current regional issue.

Saudi Arabia has already imposed marine blockade on Qatar. This is a ridiculous decision because it is pushing Qatar towards Iran. Qatar has the longest sea border with Iran. On the other hand, Qatar’s largest source of income is located in joint gas fields with Iran. It goes without saying that Qatar needs friendly ties with Iran to take advantage of the resources. This comes as Saudi Arabia expects the country to cut ties with Iran and adopt a hostile and even warmongering stance towards the Islamic Republic.

Saudi Arabia and its allies expect Qatar, as one of the richest countries in the region, to express support for their high adventures. But Qatar’s economic interest lies in preserving the status quo and this is not acceptable for Saudi Arabia.

Now it seems that the Saudis have decided to portray Iran as a dangerous enemy to heal their internal divisions and prolong the survival of their shaky monarchy. This comes as Qataris do not need to create such an enemy. Despite being a tiny kingdom in the Persian Gulf, Qatar has managed to establish itself as a key international player with its cultural privileges as well as ethnic cohesion.

As things stand, Saudi Arabia and its allies cannot resolve their problems with Qatar by waging a war against it. On the other hand, the Arab states’ adventurism against Iran will only endanger Qatar. Iran has made considerable investments in Asaluyeh as well as South Pars gas field.  If these investments are endangered, there would be no further towers in the mentioned Arab countries. So, the current crisis is not in the interest of any regional state. This is the main point that Saudis must take into consideration. This entails putting an end to the regional adventurism so that the states, with their rich resources, can live in peace and prosperity.

The Saudi officials, who used to view Israel as their main enemy, are now widely viewed as the regime’s servants. Today, we are witnessing that all the destructive policies of Riyadh are ending up in Israel’s interest.

The Saudi regime is harbouring the delusion of being the region’s main power. Deputy Crown Prince of Saudi Arabia, Mohammed Bin Salman is an ambitious politician whose plans are backed by Foreign Minister Adel al-Jubeir. They are following some adventurous plans to portray their country as a stable state. But, the instability there is rooted in the inconsistency between different aspects of Saudis’ lifestyles. Today, Wahhabism is pushing the country further towards extremism and that’s why they are making new enemies for their survival.