Iran’s top security official Ali Shamkhani says the Zionist regime of Israel is afraid of the International Quds Day, the day when Muslims people around the world hold massive rallies to condemn the Israeli atrocities.

Shamkhani, Secretary of Iran’s Supreme National Security Council, says the issue of Palestine and liberation of the holy Quds from the grip of the Zionist regime and its supporters will remain the first priority of the Muslim world despite various plots hatched by the dominant powers to deflect Muslims attentions.

The Iranian official called on all Iranians to turn out in huge number on Quds Day, saying Iranians’ support of the Palestinian cause is deeply firm and based on their religious belief, a report by Entekhab said.

He described the International Quds Day as a nightmare for the Zionist regime’s criminals and said the regime has shown its brutality by killing the Palestinians and directly targeting medical workers on the one hand and holding talks with Europeans to undermine Palestine’s main supporter, the Islamic republic of Iran, on the other hand.

He then said the international Quds day is the legacy of the late founder of the Islamic Republic and the symbol of Islamic world’s unity against the Zionist regime.

“The brave nation of Palestine will never wait for negotiations by those who want to decide their fate. They have already shown their courage by standing firm against plots hatched by the enemies against the holy Quds and their cause,” he said.

Shamkhani referred to the continuous victories by the resistance axis in Syria saying the victories have increased the self-confidence of Muslim countries and encouraged them to stand against the aggression of the Zionist regime.

Quds Day is an annual event held in most Islamic countries on the last Friday of the holy month of Ramadan. It was initiated by Iran’s late leader Imam Khomeini in 1979 to express support for the Palestinians and oppose Zionism and Israel. 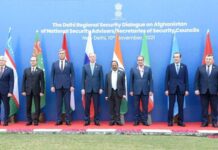