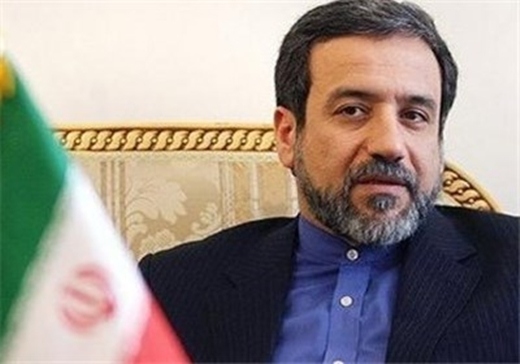 Araghchi described the negotiations in Istanbul as very useful, yet noted that it is too early to say that progress has been made.

Iranian Deputy Foreign Minister Seyyed Abbas Araghchi described talks with P5+1 over Tehran’s peaceful nuclear program as a difficult “marathon”, but said an interim agreement could be reached by March.

“The marathon of negotiations continues,” Araghchi said after four hours of negotiations with his French, British, and German counterparts on Thursday, adding “We are trying to reach a preliminary political agreement by March”.

Deputy foreign ministers from Iran and the European members of P5+1 (also known as E3+3) held one-day nuclear talks in Istanbul on Thursday.

The talks were part of regular meetings between Tehran and the world powers aimed at settling a decade-long standoff on Iran’s nuclear case.

“Simultaneous negotiation with six countries is difficult,” he stressed, noting that the six countries have diverse opinions on the issue.

The senior negotiator said the Iranian delegation held good negotiations with the three European countries on Thursday, days after their bilateral talks with the Americans.

Araghchi added that talks with the Russian and Chinese sides are also held regularly.

He further described the negotiations as “very useful”, but noted that it is too early to say that progress has been made.

Iran and P5+1 are in talks to hammer out a final agreement to end more than a decade of impasse over Tehran’s nuclear energy program.