In memory of the spokesman of Iranian people and history 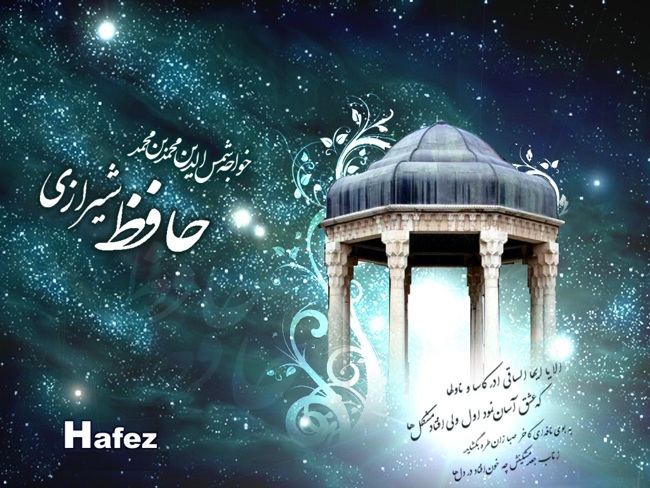 An Iranian researcher has said that posterity will remember and focus on Hafez, who is the spokesman of the Iranian people.

An International Conference on Hafez Shirazi – organized by the Islamic Azad University – opened simultaneously in Tehran and Shiraz Tuesday (May 5) with a focus on protecting and promoting the Persian language.

The international event, which will run through May 8, has brought together a number of scholars from Iran and other countries – among them Mohammad Reza Shajarian, a well-known Iranian classical vocalist.

Farhikhtegan daily on May 4 published an interview with Shahin Avani, a philosophy researcher and a member of the Islamic Azad University’s Socio-Cultural Council. The following is the translation of excerpts from her remarks:

Hafez is [part of] Iran’s national and cultural heritage. […] Ferdowsi, Khayyam Mowlana and Hafez are Iranian answers to the West’s Homer, Dante, Shakespeare and Goethe. Their works have been reprinted, critically reviewed and edited several times before their final versions have come out.

Hafez is the spokesman of the Iranian people and history. No doubt, the future generations will study and work on Hafez and his works. […]

I usually compare conferences held on Hafez in Iran with those in Germany which focus on Goethe. Like in Iran, the German youth are the ones who benefit from such get-togethers in which the scientific experience is passed down through generations.

[Hans-Georg] Gadamer – who is a 20th century German philosopher, follows the line of thinking Hafez had in the 14th century. It was Hafez who incorporated practical wisdom [phronesis] into physical and spiritual beauty, helping the Iranian thinking rise to its peaks.

Hafez has taken into account the artistic demands of humans and has regarded art as a driving force [behind human perfection].