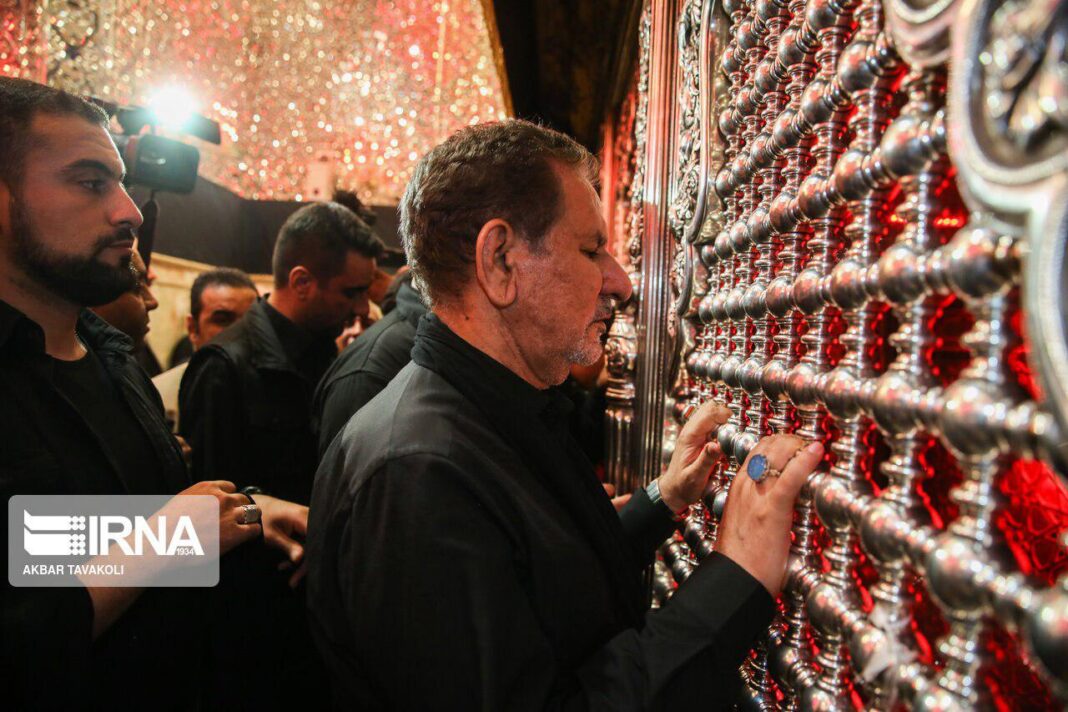 Iran’s first vice president has travelled to Iraq to attend the annual Arba’een processions, the world’s largest pilgrimage which marks the 40th day after the anniversary of martyrdom of Imam Hussein, the third Shia Imam.

In a meeting with Najaf Governor Luay al-Yasiri, Es’haq Jahangiri thanked top religious figures in the holy city as well as Iraqi authorities for hosting more than 3 million pilgrims heading from Najaf to the holy city of Karbala to attend ceremonies marking Arba’een.

“It is a difficult task to host such a [large] number of pilgrims given some shortcomings which exist in the infrastructure, and the Iranian government and people thank the Iraqi government and nation for this hospitality,” he noted.

Jahangiri underlined that the Iranian government will spare no effort to remove any possible obstacles to help hold Arba’een ceremonies in the best way possible. 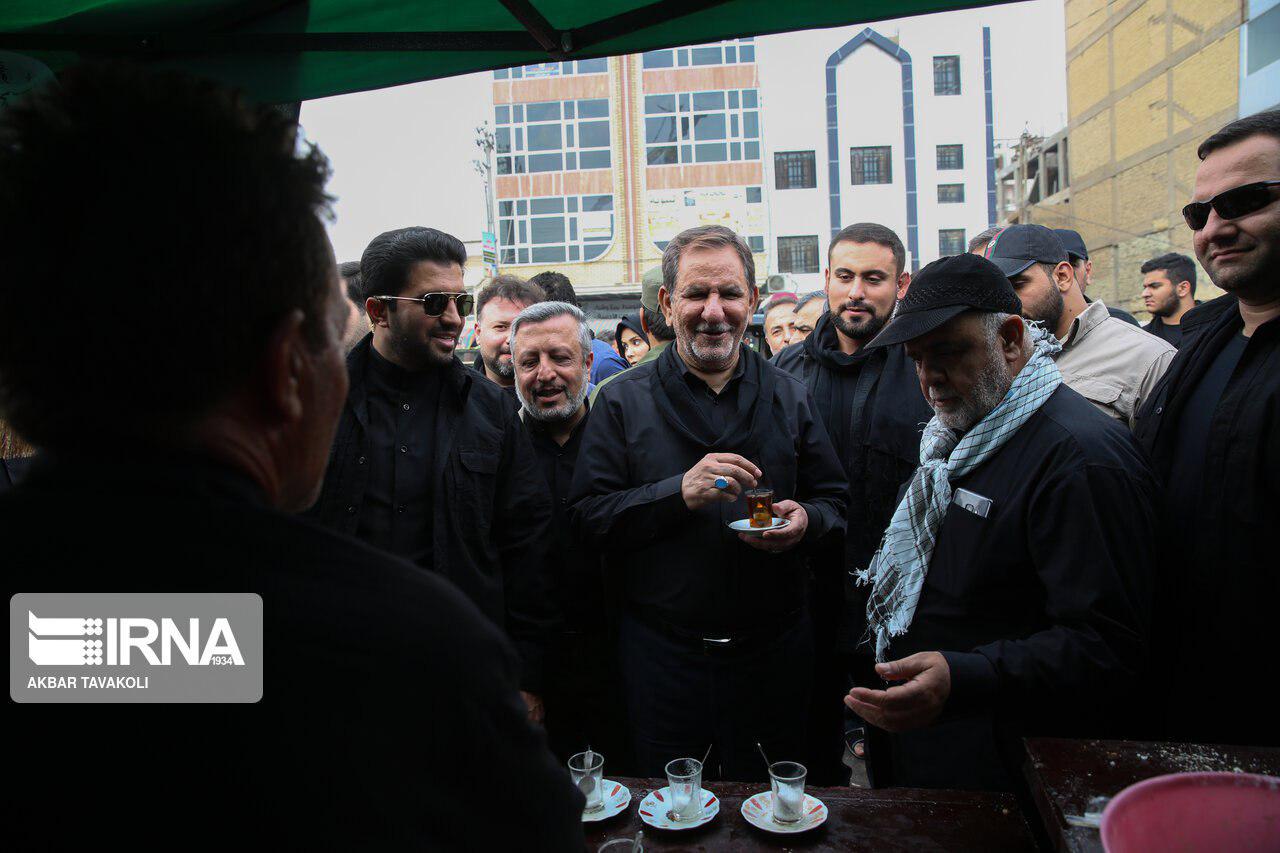 “Maybe some shortcomings exist in such a huge ceremony, but the trend of offering services has improved every day, and problems can be solved through further coordination,” he added.

The Najaf governor, in turn, said Iraqi people, including residents of Najaf, take pride in hosing pilgrims who have come to visit the Imam Hussein shrine in Karbala, especially Iranian pilgrims and first vice president.

The Iraqi official underscored that Arba’een plays a key role in further cementing ties between the two countries and nations, adding all potentialities should be tapped in order to enhance mutual relations. 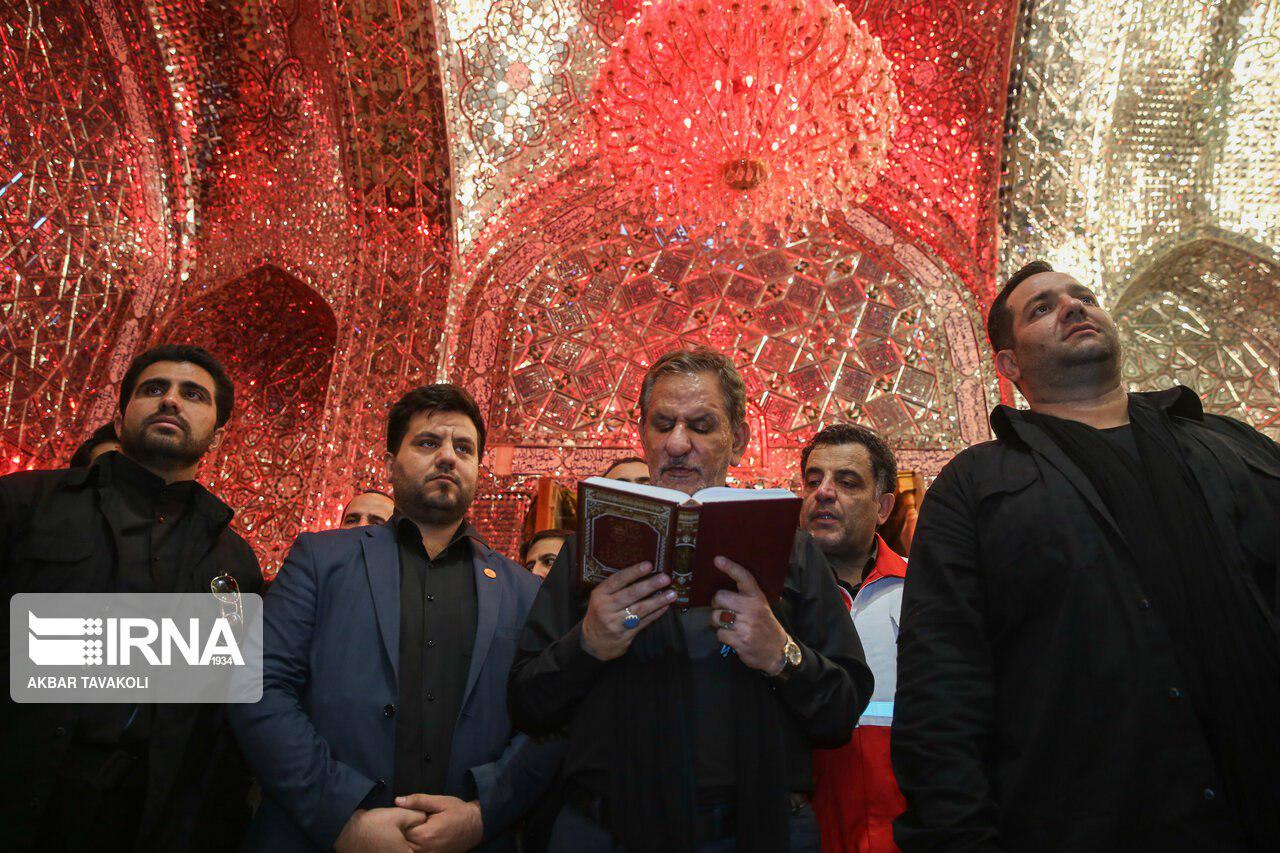 He thanked Iranian pilgrims for observing all regulations and disciplinary rules.

The Iranian vice president later told reporters while attending the Arba’een march that the Iraqi government and people are good hosts.

He said the number of Iranian pilgrims crossing the border into Iraq has risen from 50,000 after the overthrow of Saddam Hussein to more than 3.5 million over the past 10 years.