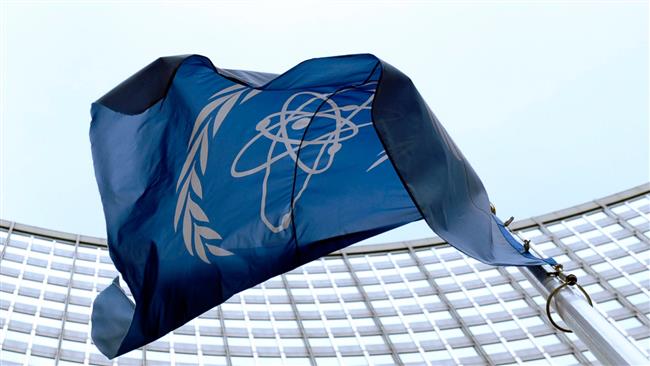 The latest IAEA report indicates that Iran is honoring its promise not to develop its nuclear activities while its talks with P5+1 are underway.

Iran is honoring its commitment not to expand its atomic activities while negotiations are underway between the Islamic Republic and six world powers on a comprehensive final deal, a confidential report by the UN nuclear body says.

The monthly update report, obtained by The Associated Press after it was posted on the website of the International Atomic Energy Agency (IAEA), showed that Iran was living up to its obligations to limit certain aspects of its nuclear energy program under an interim nuclear deal it signed with six world powers in November 2013.

The report said that Iran was not enriching uranium above 5 percent, adding that the Islamic Republic was also diluting or converting most of its stockpile of 20-percent enriched uranium.

Iran is not advancing work at Fordow uranium enrichment facility, the report said, adding that Tehran is maintaining a construction freeze on the Arak heavy water reactor that would produce plutonium.

The IAEA report comes as Iran and P5+1 – the US, France, Britain, China, Russia and Germany – are in talks to secure a final comprehensive deal over Tehran’s nuclear work.

Political directors of Iran and P5+1 wrapped up their talks in Geneva, Switzerland, on Sunday.

Since an interim deal agreed in Geneva in November 2013, the negotiating sides have missed two deadlines to ink a final agreement. Tehran and the six countries now seek to reach a high-level political agreement by March 1 and to confirm the full technical details of the deal by July 1.

The report was released as a bipartisan group of US senators is pushing a new round of sanctions on Iran.

US President Barack Obama has, however, warned that any new bans would harm Tehran’s nuclear talks, threatening that he will use his veto power to stop any sanctions bills.