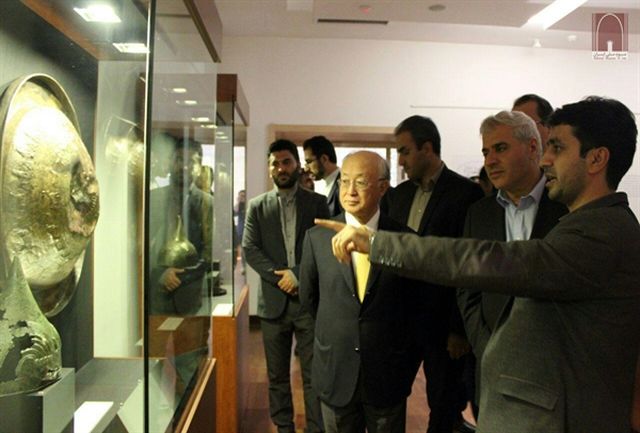 Director General of the International Atomic Energy Agency, Yukiya Amano, has visited the National Museum of Iran before wrapping up his trip to the Islamic Republic of Iran.

The IAEA Director General, who visited Iran as part of a diplomatic mission to hold talks with Iranian officials on the nuclear agreement, paid a visit to the National Museum of Iran while Behrouz Kamalvandi, the spokesman of the Atomic Energy Organization of Iran (AEOI), and a number of other officials accompanied him. 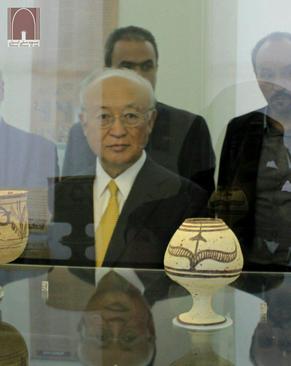 During his tour which took about three hours, he visited various parts of the museum including the ones dedicated to prehistoric, ancient, and Islamic-era Iran and a joint exhibit called “Iran and Armenia; Memory of a Land”, Mehr News Agency wrote in a Farsi report.

He also visited various objects including the works of Susa, Tepe Sialk, Achaemenid Hall, the Statue of Penelope, the Statue of Parthian Noble Man, and the Hall of Sassanid relics.

Amano wrote in the memorial book of the museum that “I am very pleased to find the objects that are similar to those in Shosoin Temple. This shows a long-standing good relation between Iran and Japan, my country.” 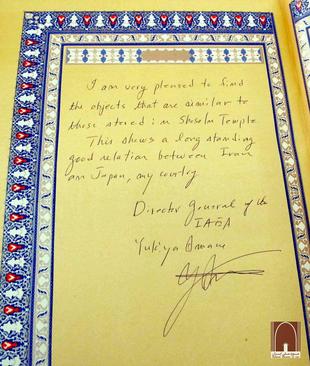