Cornel Feruta, the acting director general of the International Atomic Energy Agency (IAEA), has given Iran assurances that the UN nuclear watchdog will remain impartial in verifying and monitoring Iran’s nuclear activities.

Feruta made the remarks in a Sunday meeting with Iranian Foreign Minister Mohammad Javad Zarif in Tehran.

He highlighted the IAEA’s confidence-building efforts, stressing that the IAEA’s verification activities are conducted in a professional and impartial manner.

Zarif, in turn, highlighted Tehran’s cooperation with the IAEA, which has resulted in numerous reports by the UN nuclear watchdog in confirmation of Iran’s implementation of the JCPOA.

He also underlined the continuation of these collaborations at this juncture, emphasizing the need for the IAEA to comply with professional principles, maintain confidentiality, and carry out its duties in an impartial manner. 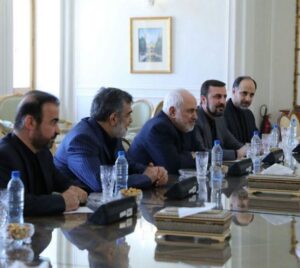 Zarif further referred to Iran’s measures to reduce its commitments under the JCPOA in reaction to the European parties’ failure to fulfil their commitments, saying that the moves were made within the framework of the Paragraph 36 of JCPOA.

In his short stay in Tehran, Fuerta earlier held talks with Ali Akbar Salehi, the chief of the Atomic Energy Organization of Iran (AEOI) as well.

His discussions in Iran covered IAEA activities in the country, with an emphasis on the ongoing interactions between the IAEA and Iran related to the implementation of the Safeguards Agreement and Additional Protocol.

Feruta stressed that these interactions require full and timely cooperation by Iran. He said the IAEA’s safeguards activities are conducted in an impartial, independent and objective manner, and in accordance with standard safeguards practices.

The discussions also included the IAEA’s verification and monitoring of Iran’s nuclear-related commitments under the Joint Comprehensive Plan of Action (JCPOA). In this regard, Feruta was informed about Iran’s announced activities related to its centrifuge research and development. He said he will report on these activities to the IAEA Board of Governors.