Iran Front Page
Home Culture Cinema I Wish I Could Learn of My Film’s Oscar Nomination in a... 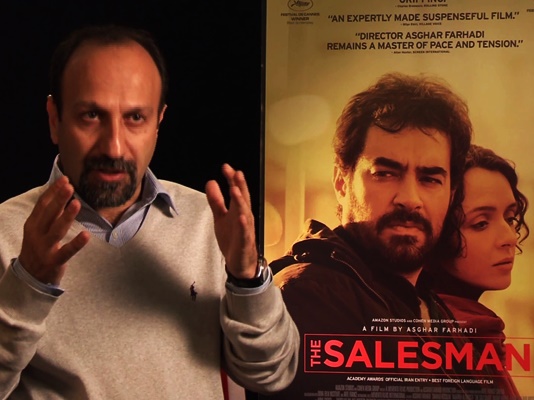 Iranian filmmaker Asghar Farhadi says he wished he could hear the news of his film’s nomination in the 2017 Academy Awards in a time not filled with the sorrow of Plasco tragedy.

“It is a great honour to see Iran’s name in the list of Best Foreign Language Film nominees,” said Asghar Farhadi, the director of “The Salesman”, according to a Farsi report by ISNA.

“I wished I could learn of such happy news in a time where Iranian people weren’t immersed in the grief of Plasco building collapse tragedy, and the loss of our compatriots and the noble, humble heroes of firefighting. I offer my sincere condolences to the families of victims.”

“Congratulations to all my colleagues in ‘The Salesman’,” he added. “On this occasion, I would also like to commemorate Yadollah Najafi [soung engineer], my dear friend and colleague who left us forever last year. Rest in peace.”