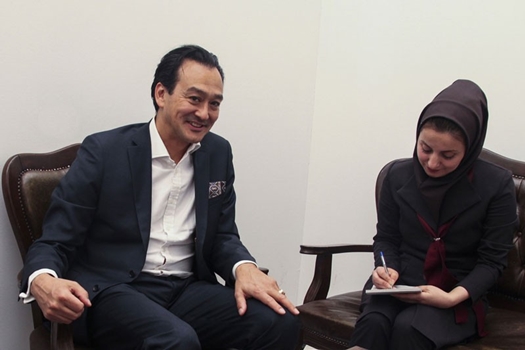 Wiley is among international publishers which have maintained their relations with Iran in spite of sanctions, Kisray said.

Educated and professional people account for a majority of individuals who visit Tehran Book Fair, Wiley’s vice-president of international development was quoted by Iran’s Book News Agency (IBNA) as saying.

Speaking on the sidelines of a 28th edition of Tehran International Book Fair, Philip Kisray said that the presence of such visitors has injected vibrancy into the atmosphere of the expo.

John Wiley & Sons, Inc., a New-Jersey-based publishing house, is comprised of some other small brands whose offices and independent teams each deals with publishing books in one specific field. Wiley also produces journals on technology, engineering and science.

The international publication which is headquartered in Hoboken New Jersey has offices, among other places, in New York, Brisbane, Singapore and Toronto.

The following is the translation of part of an interview IBNA conducted with Kisary with a focus on Wiley’s impression about Tehran Book Fair and Iranian people:

What is Wiley’s interaction with the Iran publishing market like?

John Wiley & Sons, Inc. is among international publishers which maintained their relations with Iran in spite of sanctions. Imposition of scientific sanctions runs counter to the principle of allowing the free flow of knowledge.

Following a change in Wiley’s management, Avand Danesh became an exclusive agent of the company in Iran and has been active in book sales and translation for 18 years.

The books published by our Iran-based agent are produced based on the needs of the local market, particularly those of the academic market, and in line with the cultural characteristics of the country.

How did you find the book fair?

I have found Iranian people friendly, hospitable and lively; Iranian dishes are really delicious. I last visited Iran six years ago and have good memories about Iran from them.