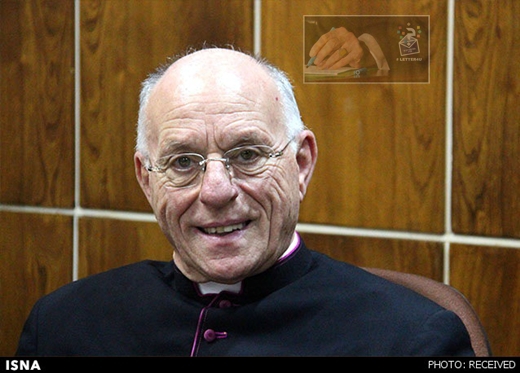 “I have read Ayatollah Khamenei’s letter to western youth, and that’s exactly why I’m in Iran at the moment. I want to draw the attention of the world’s Christian believers to a country which has a peaceful and charitable face. I believe that when world leaders’ minds and hearts have failed, the feet and hearts of pilgrims can surely lead the way to peace.”

The Supreme Leader’s letter to western youth was published around two months before the recent terrorist attacks in France, after the publishing of some offensive photos which disrespected the tenets of Islam in a French magazine, and as a response to rising Islamophobia from the western media and authorities. Later, this was followed by the Iranian President’s trip to the Vatican, where he met the global Catholic leader to emphasize spreading peace and avoiding violence and extremism. Now, a delegation from the Vatican and Italy have traveled to Iran to take a further step, beyond mere dialogue, in ridding the world of violence.

The Vatican and Iran have arrived at the belief that they can spread religious friendship and peace throughout the world by “tourism”. 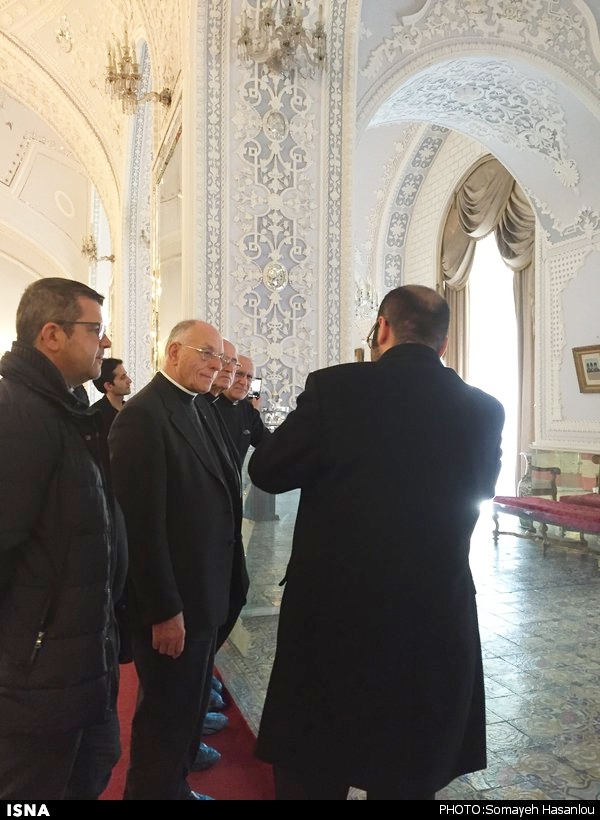 Bishop Mosnignor Andreatta, head of the Opera Romana Pellegrinaggi (ORP), the Vatican-related pilgrimage agency, in his interview with an ISNA tourism journalist during their visit to Si-e Tir street (an old street in Tehran city centre which is famous for keeping holy places of different religions including Zoroastrians’ fire temple, Armenian church, the Polish church, mosque and synagogue), called the Christian believers who will travel to Iran, “Witnesses of Peace.” He said, “Our pilgrims are believers who have spent a great time of their life praying. My interpretation is that they will be witnesses for peace. I believe that when world leaders’ minds and hearts have failed, the feet and hearts of pilgrims can surely lead the way to peace.”

The first steps of the mission for the messengers from the Vatican and Rome are the consolidation of friendship and peace, and bringing Christianity and Islam closer. Then, in the next step, they wish to plan pilgrimage and tourist trips to Iran for the world’s Catholics, especially those from the Vatican and Italy.

Bishop Andreatta stated, “The level of Iran and the Vatican’s relations and interactions is currently at its historical best.”

He highlighted the years of dialogue between the Vatican and Iran, saying “Today, we are witnessing the blossoming of that dialogue. Our goal is to restart European, and especially Italian, pilgrimages to Iran, which were suspended for a time, through Vatican management and planning.”

The Definition of Islam, as Put Forth by Ayatollah Khamenei

The head of the ORP was posed the following question: “Based on the high level of terrorist acts, and the consequent increase of global Islamophobia, how much do you believe that creating a wave of tourism between Christianity and Islam can lessen the spread of Islamophobia, and help in making a world without violence?”

He answered, “There has been a lot of talk in European and Italian media about the general idea of Islam, and, because it has often been accompanied by violence and terrorism, unfortunately Islam has turned into a metaphor for violence and terrorism. This is exactly why we insist on running these tours from Europe and Italy to Iran, so that people can see a different face of Islam in a country like Iran with their own eyes. A peaceful face, where people of different beliefs and religions live next to each other in peace and stability.”

Andreatta then mentioned the Supreme Leader’s letter to western youth, and also the recent meeting of the Pope and Hojatoleslam Hassan Rouhani, commenting, “This is exactly the reason we are in Iran at the moment. Firstly, because of Ayatollah Khamenei’s letter, which was given to us by Iranian authorities in Italy. I read this letter, and through the Vatican we sent it to all the universities and Christian youth organizations in Italy, so that they could read it and realize there’s an interpretation of Islam that presents itself in this format. The other motivation for this trip was the recent meeting of the Pope and President Rouhani, in which both sides were agreed on combating evil, violence and war.”

I Didn’t Imagine Iran Being Open-Minded to This Extent

The head of the Opera Romana Pellegrinaggi and his three companions from a Rome-based pilgrimage organization, were moved by people’s attitudes, men and women socializing, the urban architecture, historical sites and the liberal lives of different religions next to each other in Iran. They mentioned their surprise in their interview. 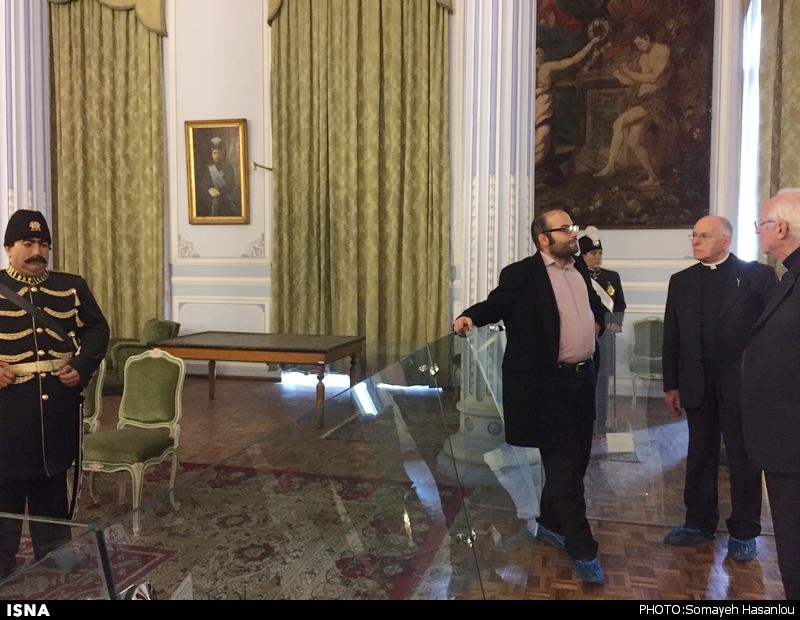 Andreatta said: “It is true that I have studied a lot about Iran before, and knew that Iran was not the country that the western media have portrayed to us, but still, after we arrived, I realized how strongly we’ve been affected by the media.”

He continued: “Even with all that information, I was highly impressed by encountering Iran up close. I didn’t imagine Iran being so open-minded, and ready for interaction with the world to this extent. I can see how much people believe in connecting with the world, and that they have realized that tourism can be a great help to their country’s economy. These are all signs of Iranian awareness and their open mentality. I am really impressed – I never thought Iran would be like this.

Bishop Andreatta later described his plan for tourist interaction with Iran, saying “After returning to the Vatican, we will create a common project with the collaboration of the Ministry of Culture and Relations and the Hajj and Pilgrimage Organization authorities, to plan a trip for a group of well-known Italian journalists and the managers of developed pilgrimage agencies who run tours from Italy to different holy places in the world, so that they can see the attractions and beauties of Iran. Each of them can lead several groups from Italy or other European countries to Iran and organize itineraries for them.”

According to the statistics given to the ISNA by the head of the Opera Romana Pellegrinaggi (ORP), every year 50,000 pilgrims travel to different destinations around the world from the Vatican. The number of pilgrims whose plans are influenced by Vatican advice can sometimes exceed 100,000 each year.