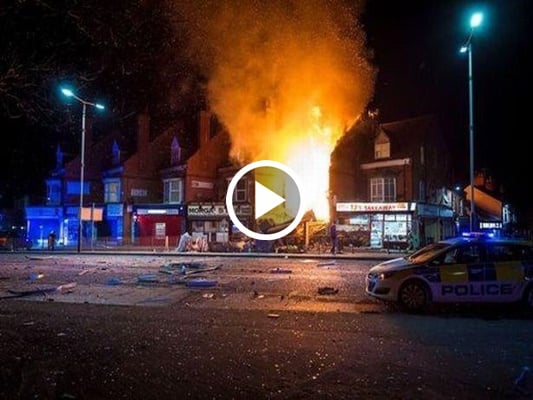 A huge fire broke out in two buildings after an explosion rocked the city of Leicester in the United Kingdom.

British police declared a “major incident” after reports of an explosion in the an area of Leicester, the BBC reported Sunday.

Witnesses reported hearing a huge explosion in the Hinckley Road area of the city centre.

Soon after the incident Police and emergency services rushed to the scene and launched  a search and rescue operation in the area.

Police closed Carlisle Street and part of Hinckley Road and are asking people to avoid the area.

At least four people have lost their lives and four others wounded during the explosion and the ensuing blaze.

There is no immediate report of the cause of the incident.