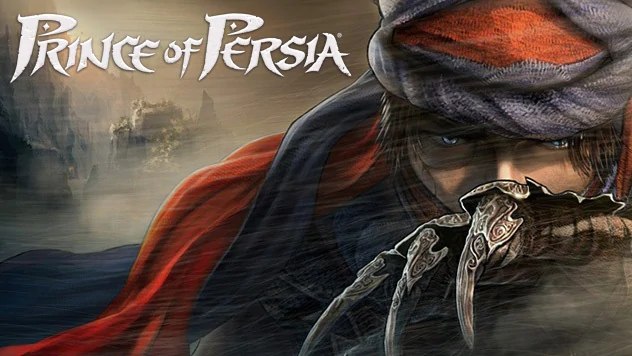 The mysteries of Ancient Persia have long fascinated people from all over the world. This led to the hugely popular Prince of Persia game, which told the story of an un-named Prince attempting to escape from the palace's dungeons to rescue the Sultan's daughter.

Based partly on One Thousand and One Nights, this game has a clear Persian style that can be seen in the characters and objects. How did its success lead to two of the biggest franchises in the action-adventure world?

The Popularity of the Prince of Persia Franchise

This is likely to be one of the first names to spring to mind among gamers and movie-goers when they think about Iran. It is a gaming franchise and there is also has a 2010 movie of the same name. The first game was called Prince of Persia and was brought out by Broderbund in 1989. With fairly simplistic but clear graphics and fluid animation, this platform-based adventure was a huge success and was rated as one of the 50 best games of all time by PC Format a couple of years after its release.

The success of this original title led to Ubisoft taking over the franchise and releasing more modern versions of the classic game. Perhaps the most acclaimed game in the series is Prince of Persia: The Sands of Time, which was released in 2003 in a variety of formats and added more complex gameplay and advanced game mechanics. A new version is due to be released at the start of 2021.

The movie also includes the Sands of Time subtitle and grossed more than $336 million globally when released in 2010, making it the most commercially successful film based on a video game until Warcraft grossed $439 million six years later and other releases pushed it down to fifth place overall.

How It Led to Assassin’s Creed

The massively popular Assassin’s Creed gaming franchise follows on from Prince of Persia and takes its name from the historical order of assassins that was based in Alamut. The first game in the series came out in 2007 and, at the time of writing, there have been a further ten titles released. Ubisoft’s developers based this game on ideas they had while making Prince of Persia and on the Alamut book by Vladimir Bartol that was first published in 1938 and that explains the story of the Alamut fortress controlled by Hassan-i Sabbah.

It also includes a Persian warrior called Darius, who killed King Xerxes, but despite travelling to locations in Egypt, Turkey, Greece and other parts of the world, there hasn’t yet been a game set in Persia. This is even more surprising when we consider that the original title of this series was to be Prince of Persia: Assassin. Indeed, fans of the game have called for a future instalment to be set here.

The 2016 movie based on this franchise features the likes of Michael Fassbender, Marion Cotillard and Jeremy Irons. While the $240 million that it grossed led to it being only a modest commercial success, Assassin’s Creed was regarded as being one of the better video game adaptions for the big screen. Surprisingly, the film-makers decided to pass up on the opportunity to go back to the roots of this story and set it in the beautiful mountains of the Alamut region. Instead, they took the action to the time of the Spanish Inquisition and modern-day Spain too.

It Inspired the Legend of Lara Croft Too

Another full franchise that takes its inspiration from Prince of Persia is Tomb Raider. Since the first game featuring Lara Croft was released by Eidos Interactive in 1996, she has become a cultural icon and this has led to sequels as well as big-budget movies being released in 2001, 2003 and 2018. Unlike the Prince of Persia series, the overall presentation of these games has changed relatively little throughout all of the different versions brought out over the years, meaning that the most modern Lara Croft games perhaps feel closer to the original Prince of Persia titles than to the more recent versions.

Having said that, Rise of the Tomb Raider from Crystal Dynamics was released in 2015 and is rated by The Gamer as the best game featuring the Lara Croft character. She carries out her adventures in Syria and Siberia here, while the 2018 sequel sends her to explore in the Americas. Lara travels all over the world in these games but never sets foot in Persia. The same applies in the movies. Angeline Jolie plays the main role in the 2001 blockbuster, in which she solves mysteries in Venice, Siberia and Cambodia. Similarly, in the online slots page on Betway, players can choose from titles such as Lara Croft Tomb Raider and Lara Croft Temples and Tombs. As in the site’s other slot games, symbols and soundtrack go a long way to replicating the same feel as the original. Still, while the explorer/slot-player visits various sites in these casino games, it isn’t explained where in the world it is set.

In truth, the original developers say that they wanted to invoke the general feel of the Prince of Persia game, rather than attempt to reproduce the same story or the characters. Yet, it is clear that a future version of Tomb Raider that visits Iran would feel like a home-coming in some ways. For example, it is easy to imagine her exploring the archaeological remains showing a human face that have been discovered in Persepolis or trying to recover ancient gold antiquities that have been lost.

A Look to the Future

There is no doubt that the influence of Prince of Persia will continue to be felt in the gaming and movie industries. As we have seen, a franchise doesn’t have to be set in this part of the world for us to see the way that it has its roots in Ancient Persia.