How many women police are there on the beat in Iran? 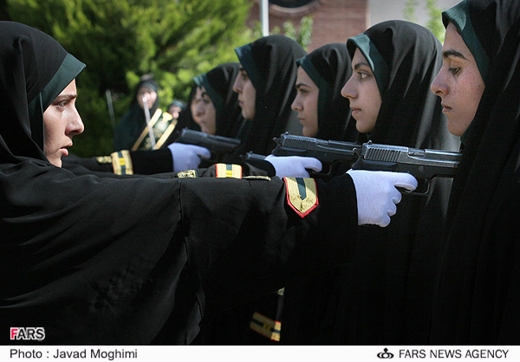 A top police official has said that more than 7,000 women have made it to Law Enforcement and that precision, integrity and authenticity are their standout features.

Deputy Head of Iranian Law Enforcement Force for Coordination Brigadier General Mohammad Javad Zadeh Kamand has said that there are as many as 7,200 female police in the country.

Bahar daily on October 14 published a report on what the senior police official has said about women police and their performance in the Law Enforcement Force of the Islamic Republic of Iran. The following is the translation of the report:

The general said that police force attaches special significance to the presence of women in its ranks, adding that currently up to 7,200 women are working as police officers.

He further said that a number of women join the police force each year as some quit their jobs on different grounds, adding that the new recruits work either in the units which have vacancies or the units they prefer such as the Traffic Police, Social Department, Prevention Police, etc., and receive related specialized training.

The senior police official went on to say that women have been given a big number of tough and specialized jobs in the police force, adding that policewomen have played a remarkable role on different fronts, especially crime prevention.

For instance, women police officers got involved in a number of cases built against lawbreakers, offered consultation services, and settled the cases peacefully, he said, adding this has spared the police and the judicial system huge costs.

General Zadeh Kamand also credited female police for great efforts they put in in the line of duty and said that accuracy, precision, integrity and authenticity are the salient features of the female police.