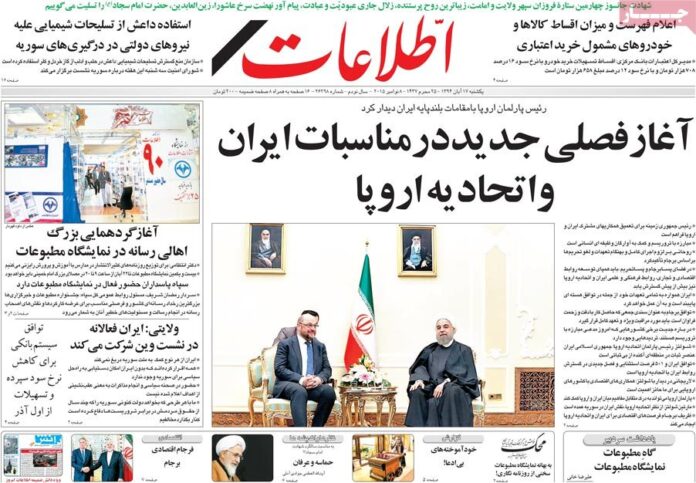 A special look at the headlines Ettela’at newspaper covered on Nov. 8.

♦ A new chapter opens in relations between Iran and the European Union.

♦ Officials have released a list of [locally-produced] items that citizens can buy using the pre-paid cards they are to be provided with.

♦ IS has used chemical weapons against government forces in Syria.

The news comes ahead of a UN Security Council meeting on Syria come Tuesday.

The Islamic Revolution Guard Corps has said that it will have an active presence in the event.

♦ Iran will actively participate in the Vienna conference [on Syria], said Ali Akbar Velayati, an advisor to the Supreme Leader.

He said everyone has admitted that working out a political solution to the Syrian crisis without Iran is impossible.

♦ Banking authorities have agreed to cut interest rates as of November 22.