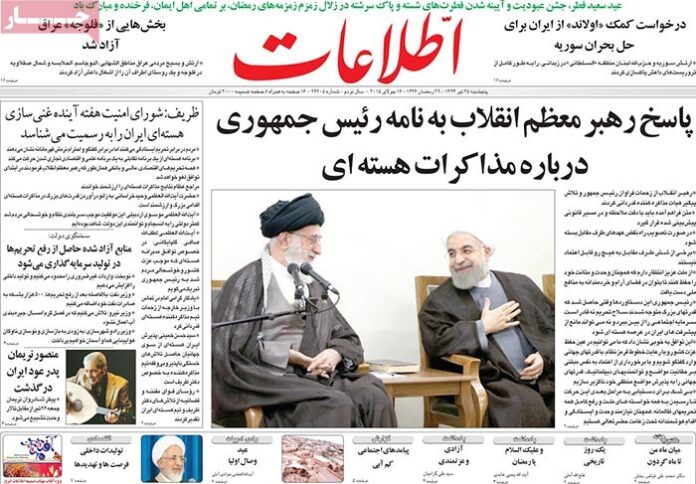 A special look at the headlines Ettela’at newspaper covered on July 16.

♦ The Supreme Leader has responded to a letter by President Rouhani on nuclear talks.

It came as the Syrian Army and Lebanese Hezbollah mopped up pockets of IS terrorists in Zabadani.

♦ Parts of the Iraqi city of Fallujah have been liberated.

[The liberation came after the Iraqi Army and popular forces launched a massive operation to rid Al-Anbar of IS terrorists.]

His comments came as sources of emulation hailed the nuclear talks Iran held with P5+1 as valuable.

♦ “The assets unfrozen as a result of termination of sanctions will be invested in the manufacturing sector,” said the government spokesman.

♦ Mansour Nariman, the father of the oud [a pear-shaped stringed instrument] has passed away.

A funeral procession will be held for the late musician in Tehran on July 17.