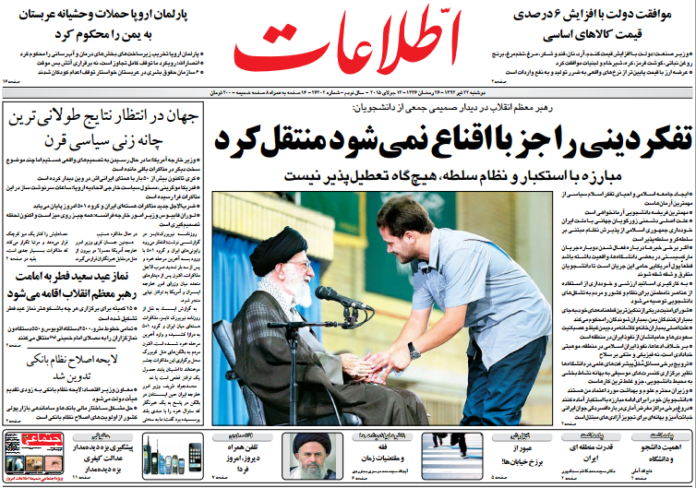 A special look at the headlines Ettela’at newspaper covered on July 13.

♦ “Ideology cannot be passed along unless through convincing,” said the Supreme Leader at a meeting with a large number of university students.

♦ The government has given the go-ahead to a six percent rise in the prices of basic items.

♦ The European Parliament has condemned the violent airstrikes of Saudi Arabia against Yemen.

Meanwhile Ansarullah [the Houthis trying to repel Saudi aggression] said what they want is a complete halt to aggression, not a temporary cease-fire.

♦ The World is waiting with bated breath for the result of the longest political bargaining of the century.

US Secretary of State John Kerry has met more than 50 times with his Iranian counterpart Mohammad Javad Zarif.

♦ A bill to reform the banking system has been pieced together.

Reforming the financial structure of banks and streamlining the monetary markets are among the priorities of the bill.